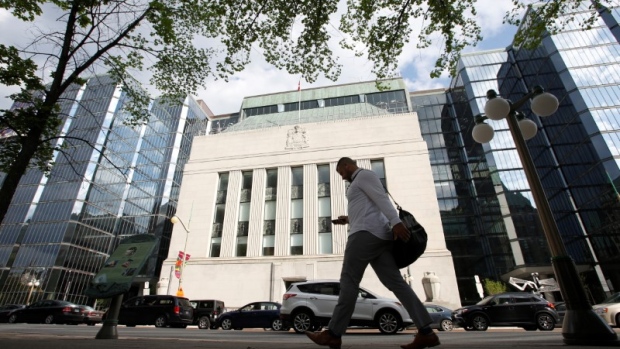 A pedestrian walks past the Bank of Canada building in Ottawa, Ontario, Canada, May 23, 2017. , Reuters

HSBC said on Tuesday that it now forecasts the Bank of Canada to hike interest rates in July and October, having previously forecast the central bank to keep rates on hold until the final quarter of 2018.

Canada's central bank meets on Wednesday and is expected to deliver its first rate rise in nearly seven years and in recent weeks policymakers have been laying the groundwork for a hike.

In a note outlining changes to its current policy rates and forecasts, HSBC said that in Canada, "this is due to the much more hawkish tone struck by the central bank over recent weeks."