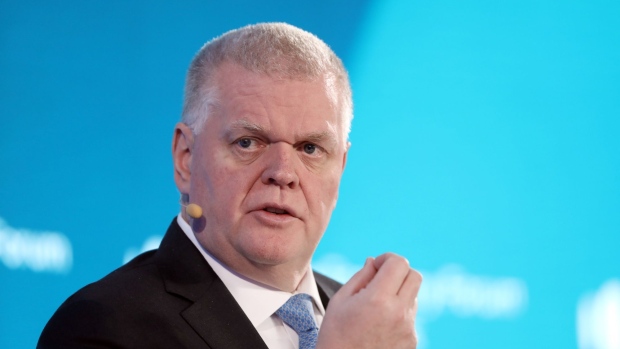 (Bloomberg) -- HSBC Holdings Plc’s Chief Executive Officer Noel Quinn is set to appear before the U.K. Parliament Foreign Affairs Committee to answer questions over the lender’s moves to freeze accounts of activists in Hong Kong, according to an exiled lawmaker.

Quinn is listed as a participant, along with Colin Bell, the bank’s chief compliance officer, at private and public hearing on Tuesday, according to a parliament schedule, which didn’t provide details.

In a Facebook post on Saturday, former Hong Kong lawmaker Ted Hui, whose account was frozen by the bank last year, said that members of the Foreign Affairs panel have contacted him. He said that he has provided the committee with detailed information on cases where his and his families accounts were frozen.

The London-based bank, which counts Hong Kong as its largest market, has been caught in the midst of growing tension as China tightens control over the former British colony. The lender came under criticism last year after its top executive in Asia publicly endorsed a controversial security law imposed on the city. A local church has also accused the bank of freezing its account.

In a letter to Hui earlier this month, Quinn explained that the bank was forced to freeze the accounts at the request of the police. The pro-democracy lawmaker was among those arrested in connection with a disruptive protest in the legislative chamber in May. He was out on bail when he fled the city last year and is now in exile.

Hui has earlier rejected Quinn’s explanation, saying he “failed to provide the legal basis” for the account lockdown.

An HSBC spokeswoman declined to comment. The bank has earlier said it can’t comment on specific accounts.