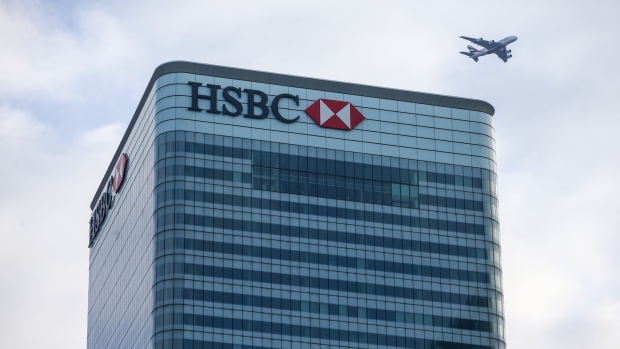 The London-listed lender has kept its distance from blank check listings and barely dipped a toe into digital assets, as the lender focuses growth efforts on areas such as wealth management even as securities units at rivals like Barclays Plc enjoy record revenues.

For Greg Guyett, the 57-year-old Princeton alumnus who’s about to take sole charge of HSBC’s global banking and markets division, that’s a sign the division’s ongoing restructuring is bearing fruit. The vision is for a streamlined securities unit targeting select opportunities instead of using the bank’s $2 trillion balance sheet to chase growth.

By the end of this year, HSBC will have cut risk-weighted assets by some $100 billion and much of this is coming from Guyett’s division. About 85% of the bank’s overall cut to such assets in 2020 was made in global banking and markets, according to an investor presentation.

That underscores HSBC’s retreat from any attempt to compete wholesale with Wall Street titans like JPMorgan Chase & Co. as investment in its wealth business takes center stage. Net revenues in the wealth and personal banking division were $22 billion in 2020, compared to $15 billion for global banking and markets.

“Are we striving for global league table leadership across the board? No, because that investment would be huge,” said Guyett, pointing to the cost and risk of trying to compete with Wall Street’s dominant players on all fronts. “Nobody’s been successful with that.”

With much of the overhaul now completed, Guyett’s co-head, Georges Elhedery, is set to step away from the business in March for a six-month break, pausing a partnership that began in early 2020. In Elhedery’s absence, Guyett is taking sole charge and delaying a long-planned relocation to Hong Kong while he adapts to the increased workload.

“Adding a personal move on top of the expansion of my responsibilities is a bridge too far,” Guyett said, speaking hours after the change in leadership was announced on Jan. 14.

Guyett has now twice postponed his move to Asia, where HSBC sees most of its growth opportunities and where he previously spent several years for JPMorgan Chase & Co. Last summer, Guyett shipped his belongings to Hong Kong and gave up his London property -- only to see the Chinese city tighten its Covid restrictions, which would have severely curbed his ability to travel.

“It’s pretty obvious it makes sense to defer it until Georges returns to his role,” he said.

Some investors question HSBC’s apparent reluctance to use its huge scale to cross-sell investment banking services.

“There is some pretty low-hanging fruit to take advantage of, and while the U.S. banks do have a very strong position, I think there is an opening there for European banks with the right strategy,” said Johnny de la Hey, co-founder of Tosca Fund Management, which owns HSBC stock.

Guyett says he’s focused on where HSBC can excel.

“Historically we were too willing to accept just being in the deal with a low fee,” he said. “Now we’re focused on being on the top line in our core markets where we can add value.”

One growth opportunity is debt financing. “I think it’s a realistic strategy to try to be a global leader,” he said, estimating that this level of growth would bring more than $750 million of additional revenue. This would represent a 20% hike on the revenue generated by global banking in 2020.

Another area where there will be expansion is in Asia. “From a global banking standpoint, you’ll see us invest in Singapore in terms of our investment banking capabilities to serve the South Asia region,” said Guyett. “You’ll also see us invest onshore in India.”

However, Guyett said that the pivot to Asia would not be as pronounced for his team as for the rest of the group, because a substantial part of its Asian revenues derive from clients based elsewhere. An investor presentation last year showed half of HSBC’s foreign exchange revenues booked in the East came from Western clients, while about 65% of securities services revenue in the East originated in the West.

And while the investment bank may be consolidating, Guyett says retaining talent remains a priority.

“We are seeing upward pressure on pay that is as true in M&A as it is in our branches,” he said. “We’ve got to keep pay across the board competitive.”