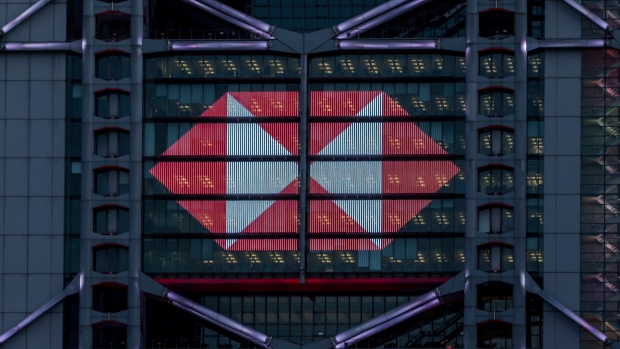 HSBC Holdings Plc will be catapulted into the top 10 equity arrangers in Europe, the Middle East and Africa for the first time in five years, kicking Barclays Plc off the list after it missed out on the world’s biggest initial public offering.

Aramco alone will be enough to move HSBC up two spots to tenth place on the main league table tracking stock offerings in EMEA, according to an analysis of Bloomberg data. Societe Generale SA, which had a junior role in the oil giant’s listing, will advance one spot to ninth place after the IPO prices Thursday.

Barclays is poised to fall two spots to 11th place. If there are no significant changes in the next few weeks, this could be the first full year since 2012 that Barclays hasn’t been in the top 10, Bloomberg data show. The calculations assume that Aramco prices at the top end of its marketed range as expected, hitting its full fundraising target of US$25.6 billion. 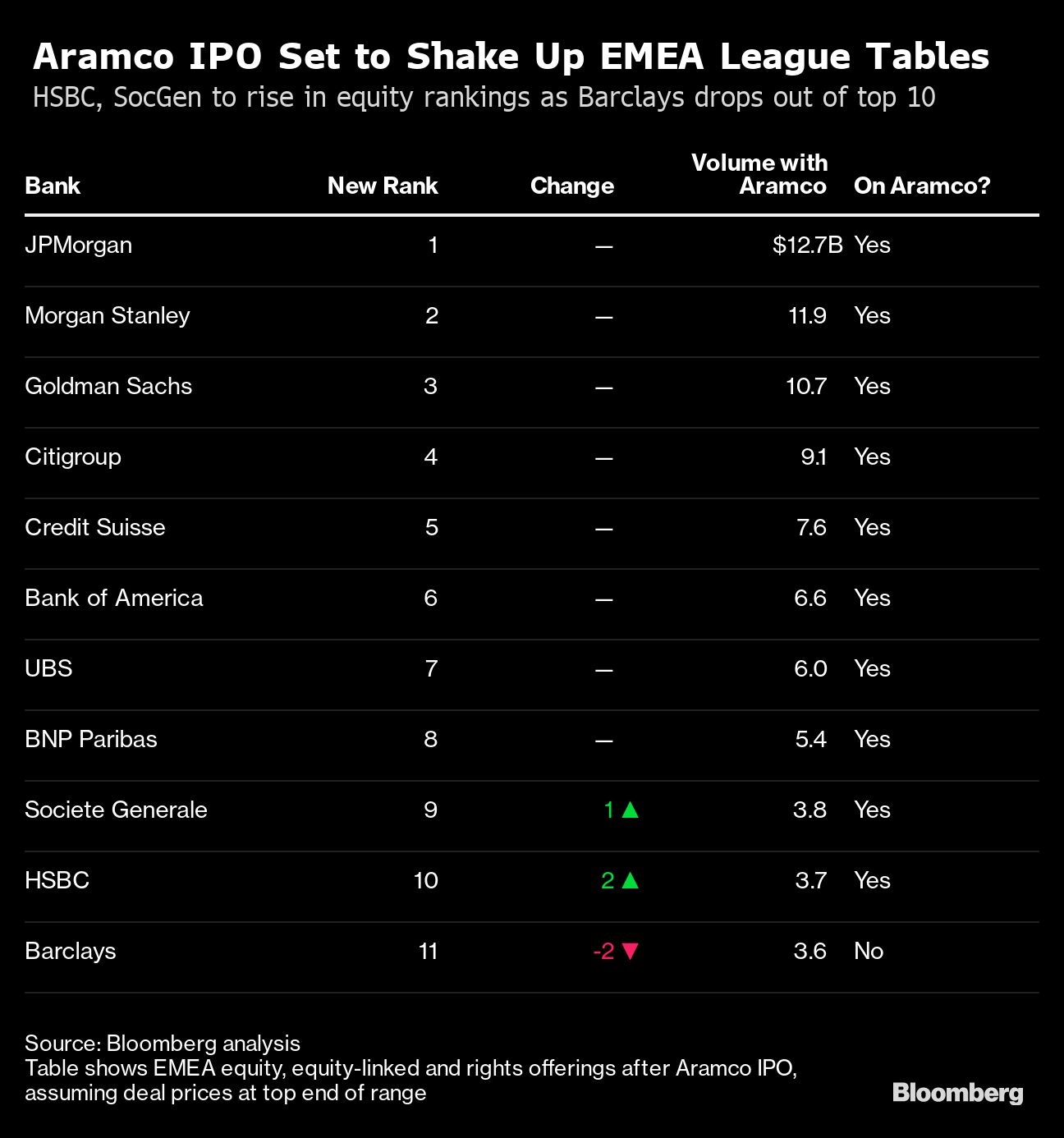 Banks spent years wooing Aramco for a spot on the stock offering, which brings them bragging rights even though they will earn small fees for their work on the deal. JPMorgan Chase & Co., one of the top firms on the Aramco listing, is set to regain its spot as the No. 2 IPO bank globally after the deal. It replaces China International Capital Corp., which is falling two spots to 4th place, and will trail only Morgan Stanley.

BOC International Holdings Ltd., the only Chinese investment bank to get a role on the Aramco offering, will vault 11 spots higher to 20th place on the global IPO league table when Aramco prices, the Bloomberg analysis shows. It’s been three years since the state-backed firm was at this level.

More than two dozen banks are sharing the Aramco IPO fees, and most will barely make enough to cover their costs after the company decided to shun international marketing of the deal, Bloomberg News has reported. Still, HSBC will benefit more than others. It’s one of three banks, along with Saudi lenders NCB Capital and Samba Financial Group, that oversaw the collection of investor orders after most Wall Street banks were sidelined, people with knowledge of the matter have said.

For HSBC, its long-standing local ties could be a major reason for its prominence on the Aramco deal. Its presence in the Middle East dates back to 1889, when the Imperial Bank of Persia was founded. That firm, later known as the British Bank of the Middle East, expanded across the Gulf before being acquired by HSBC in 1959.

When banking activities in much of the region were nationalized in the 1960s and 1970s, HSBC kept its presence in Saudi Arabia through a stake in the newly-organized Saudi British Bank, known as SABB. It doubled down on the kingdom last year, combining SABB with Royal Bank of Scotland Group Plc’s local affiliate to create the country’s third-biggest lender.

A number of Middle Eastern banks are getting a rare shot at the limelight thanks to Aramco. EFG-Hermes Holding will jump 19 spots on the EMEA equity rankings to No. 20 once the Aramco IPO prices. This will be the first time the Egyptian bank has been in the top 20, according to Bloomberg data going back to 1999.

EFG will also move 55 spots up the global IPO league table, to No. 28. Riyadh-based Samba Financial Group will advance 61 spots to No. 29.