Canada’s economy sprang back to life at the end of the second quarter, as vaccine-led reopenings spurred a return to growth.

Gross domestic product likely grew 0.7 per cent in June after a 0.3 per cent drop in May, Statistics Canada reported Friday. May’s decline was in line with expectations; coupled with the preliminary estimate for a rebound last month, growth is on pace to come in around 2.5 per cent in the quarter on an annualized basis.

That’s in line with private-sector economist predictions but ahead of the Bank of Canada’s forecast of 2 per cent for the three-month period.

The GDP report shows further resiliency in Canada’s economy, which has repeatedly proved it can bounce back once COVID-19 restrictions are lifted. With vaccination rates rising and virus cases low, economists predict strong growth in the second half of the year. With June’s flash estimate, output is now just 0.8 per cent from pre-pandemic levels. 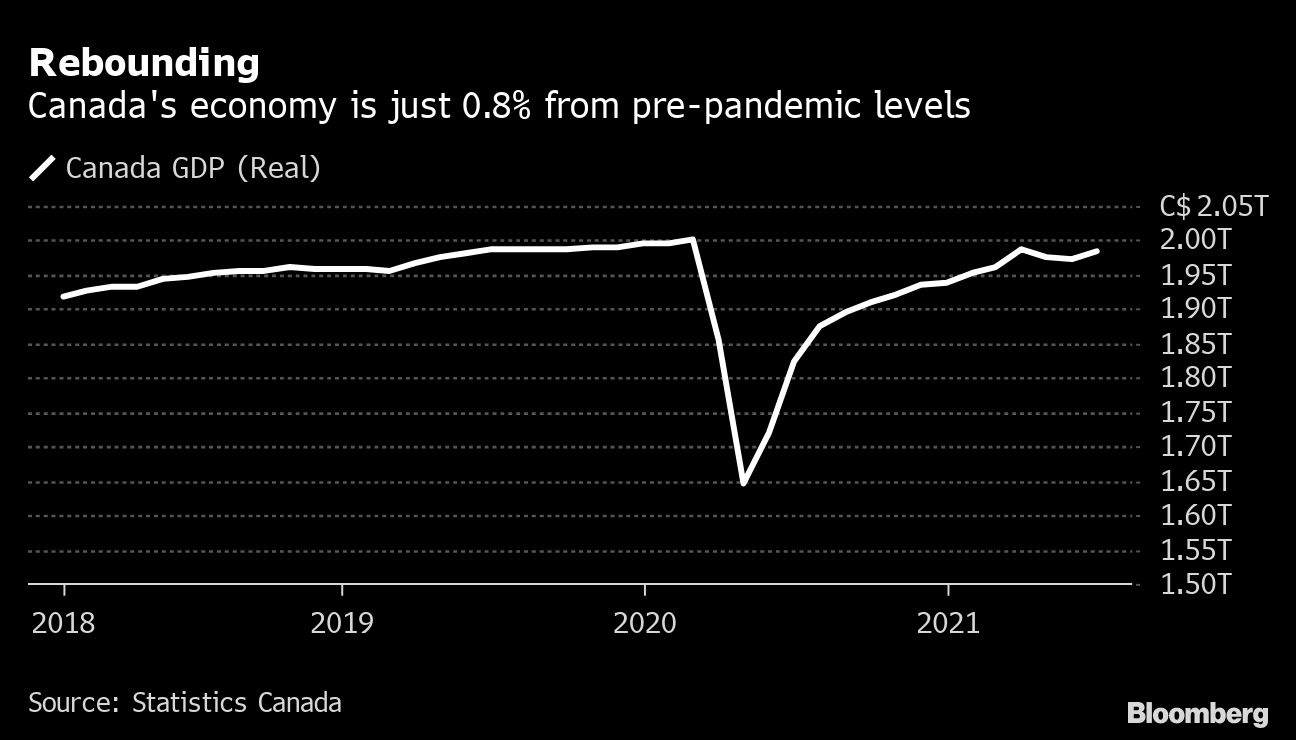 Last month, broad-based reopenings across the country allowed businesses to resume operations after months of shutdowns. As a result, high-contact sectors returned to growth, along with manufacturing, according to Statistics Canada.

“The sectors that have been punished in a lot of ways over the last 18 months, and particularly earlier this year -- things like accommodation and food services and retail trade -- those should be the big growth drivers over the next few months,” David Doyle, head of North America economics for Macquarie Capital Markets, said in an interview on BNN Bloomberg Television.

June’s rebound puts the economy on a solid track. Economists predict output will expand by about 6 per cent in both the third and fourth quarters as the country continues to benefit from looser COVID-19 restrictions. Even though Canada’s vaccination rates are high, the course of the virus remains a major risk to the recovery.

“With virus cases generally low across the country, the economy has some open road to recover even more ground this summer,” Royce Mendes, an economist with Canadian Imperial Bank of Commerce, said in a report to investors. “That said, there remain challenges on the horizon, most notably in the form of variants of the virus which have slowed progress towards healing in other developed economies.”