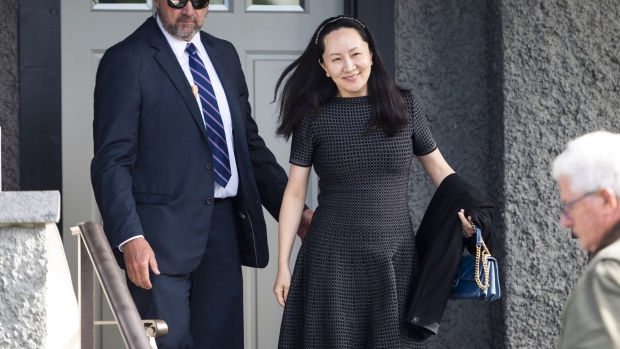 Meng Wanzhou leaves her house for a hearing at the Supreme Court on May 8. , Jimmy Jeong/Bloomberg

The Chinese telecom executive is living under house arrest in Vancouver after being charged by U.S. prosecutors. Meng’s legal team plans to challenge the U.S. handover request, hoping to beat the odds by having a Canadian court throw out the case.

Defense lawyers say the U.S. accusations are politically motivated, citing comments by U.S. President Donald Trump. They also accuse Canada of an "abuse of process," saying Meng was denied her constitutional rights when she was detained, interrogated and searched for three hours at Vancouver’s international airport in December before being formally arrested.

The U.S. has charged Meng with fraud, alleging she lied to banks to trick them into conducting transactions for Huawei that may have violated U.S. sanctions on Iran. In addition to the abuse of process claim, her lawyers are arguing that that doesn’t meet the “double criminality" rule: in Canada, the banks wouldn’t have been breaking any laws because the country doesn’t have such sanctions, they say.