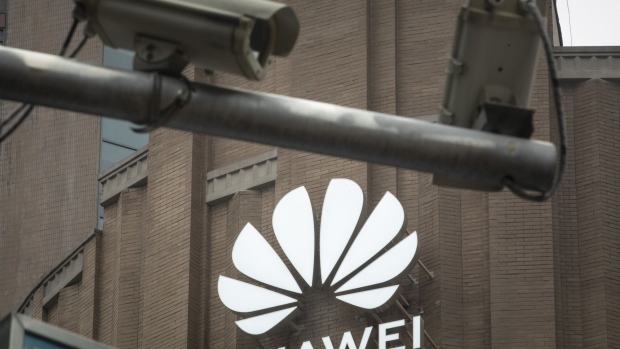 Public surveillance cameras are mounted to a pole in front of Huawei Technologies Co.'s new flagship store in Shanghai, China, on Wednesday, June 24, 2020. The store is Huawei's largest in the world, with a business area of nearly 5000 square meters, according to the company. , Bloomberg

Huawei Technologies Co has received approval to break ground on a 1 billion pound (US$1.2 billion) research and development site near Cambridge in the east of England, even as the company’s future in the country hangs in the balance.

The Chinese telecommunications giant received planning permission on Thursday from South Cambridgeshire District Council to build the first phase of a major development that has come under criticism from U.K. and U.S. lawmakers.

The site was acquired in 2018 and will support 400 jobs across 50,000 square meters of facilities, according to a statement from the company.

It will focus on optoelectronics - a branch of fiber-optic broadband technology.

Huawei’s future in the U.K. is in question after the U.S. ratcheted up pressure on its allies to break ties with the Shenzhen-based supplier and imposed sanctions that may threaten its silicon supply. Britain’s National Cyber Security Centre is due to issue a reviewed decision on Huawei’s role in the country’s networks.

The review paves the way for a potential U-turn by Prime Minister Boris Johnson, who in January approved Huawei as a supplier of 5G and fiber-optic components. That sparked a rebellion in his party and an angry phone call from U.S. President Donald Trump.

The council vote on Thursday was purely on planning policy and did not take politics or security into account.