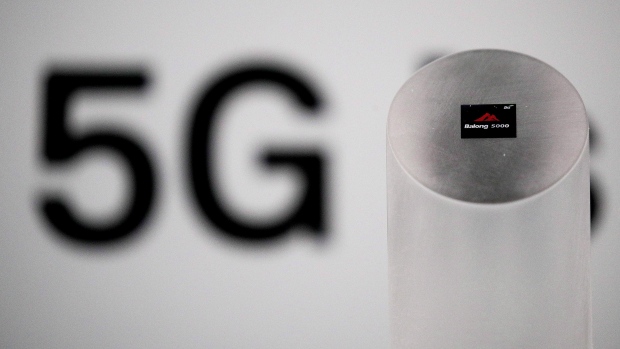 Huawei's 5G modem Balong 5000 chipset is displayed at a the presentation event in Beijing on January 24, 2019. The Canadian Press/Andy Wong

MARKHAM, ONT. — The chief security officer for Huawei Canada says the company's record in Canada shows the China-based company can be trusted to supply the country's fifth-generation wireless networks.

Olivera Zatezalo says there's never been a security breach from Huawei equipment since the company arrived in Canada more than a decade ago.

She made the comments at Huawei Canada headquarters in Markham, Ont., after several officials assured reporters that the company has a long-term commitment to Canada.

The United States has been pressing its allies to shut Huawei out of their advanced 5G networks to prevent China's government from getting access to highly sensitive information.

However, Zatezalo says that Canadians should trust their own government's expertise in network security and its experience working with Huawei.

Zatezalo says she's in regular contact with the government body investigating the national security aspects of 5G technology but doesn't know whether its conclusion will be in Huawei's favour.