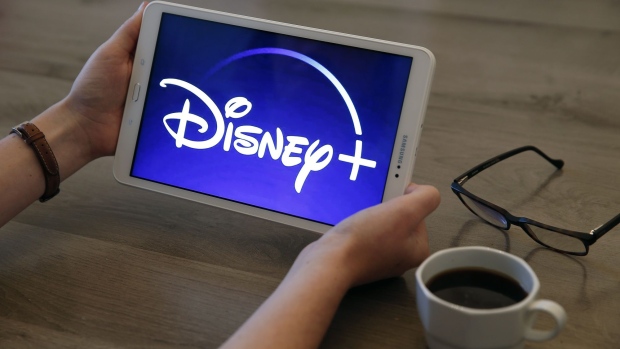 Toward the end of 2019, Hulu delivered a proposal to Walt Disney Co., its controlling shareholder, outlining a strategy to expand the popular streaming service outside the U.S. After watching rivals Netflix and Amazon set up shop all over the globe, Hulu executives had spent the past couple of years drafting a plan to catch up.

At first, Disney Chief Executive Officer Bob Iger and Chief Financial Officer Christine McCarthy expressed support and pledged to present the plan at a board meeting in January 2020, according to people familiar with the matter. But, ultimately, that didn’t happen. Instead, Disney announced in August that it will create a new general entertainment service outside the U.S. under the umbrella of Star, the company’s Indian media subsidiary.

Disney’s public explanation for choosing Star over Hulu overseas focused on a marketing issue — specifically that Hulu has limited name recognition outside the U.S., while Star is a major brand in South Asia. But Disney had other reasons for limiting Hulu to the U.S., according to the people, who asked not to be identified because the conversations were private.

Under Hulu’s proposal, the overseas expansion would have cost at least $4 billion. Even before the coronavirus, such a big, additional investment in Hulu was a tough sell inside Disney since the streaming service was already losing more than $1 billion a year and Disney was committing major resources to the expansion of Disney+. Then the pandemic hit, and Disney started losing revenue at its theme parks and movie studio, making Hulu’s plan even less palatable.

At the same time, Disney was concerned about an additional cost looming on the horizon in January 2024. A little over a year ago, Disney agreed to buy out Comcast Corp.’s one-third ownership share in Hulu at a price to be determined later. At the time, that stake was worth about $9 billion, a sum that could shrink if Disney invested more money for programming and diluted Comcast’s stake. But Comcast is guaranteed at least $5.8 billion, and an international expansion would boost Hulu’s overall value — and, as a result, increase Disney’s final bill to Comcast. This was another factor in Disney’s decision not to move forward with Hulu’s proposal, said the people. Through a spokesperson, Disney and Hulu executives declined to comment.

Disney’s aborted plan to take Hulu abroad, the details of which haven’t been previously reported, underscore the challenges of adapting entertainment companies built on the stagnant businesses of cable TV and movie studios to the world of streaming. Disney  took years to embrace streaming as its future and has had to restructure its entertainment divisions a couple of times to reassure Wall Street of its intent. But even while Disney was identifying streaming as its top priority, it was second guessing just how much it wanted to invest in one of its primary services.

“The irony is the more you pump up Hulu, the more Disney has to pay in hard cash to Comcast, which I’m not sure they want to do,” said Michael Nathanson, an analyst with Moffett Nathanson LLC. “If I was them, I’d be really leery of creating more value right now.”

All of which leaves Hulu’s future, once again, tied to the complex needs of its corporate owners — a dynamic that may give those who have followed the company’s history a strong sense of deja vu.

In 2007, two of the world’s biggest media companies, Fox and NBCUniversal, created Hulu to experiment with putting their most popular shows on the internet, allowing consumers to access the programming for free. Disney joined as a co-owner two years later.  Thanks to its backers, Hulu was able to offer shows from three of the four most popular TV networks in the U.S. — NBC, ABC and Fox. For a while, Hulu managed to outgrow Netflix.

But before long, Hulu’s owners began to wonder if they had made a mistake. The popularity of Netflix, Hulu and Amazon Prime Video was inspiring young viewers to abandon cable TV, potentially jeopardizing how Hulu’s owners made most of their money.

“Hulu was a real threat to every one of those businesses; every single executive at Fox used to come into my office and whine about it,” said Peter Chernin, one of the service’s main architects.

In 2011, Hulu attempted to expand internationally. That fall, it introduced its service to Japan. It was a challenging place to start. For years, Japan’s insularity had frustrated many Western media companies. But at the time Hulu’s owners were reluctant to introduce the service in any region of the world where they operated major cable networks. From the start, Hulu struggled to win over fans in Japan.

“I’d say it was a mistake,” Jason Kilar, the company’s former CEO  said in a recent interview. “One of my biggest regrets was not being able to persuade the board of Hulu to go international.”

In 2013, Kilar, left the streaming service, and a year later, the owners sold Hulu Japan to a local broadcaster. In the years that followed, while Netflix plowed billions of dollars into original programming and expanded all over the world, Hulu was stuck in the U.S. with a limited programming budget and an uncertain strategy for future growth.

In 2017, when Hulu scored its first breakout hit with “The Handmaid’s Tale,” an Emmy-winning adaptation of Margaret Atwood’s novel, it seemed likely that the service would follow Netflix’s playbook: betting everything on bolstering its lineup of original shows. But Hulu’s owners had other ideas. Eager to bring back cord-cutters who were abandoning traditional cable TV services, Hulu’s owners mandated the company create a live TV product, overruling Hulu’s leadership and siphoning off resources from its development of new programming.

“The big break in some sense is that Hulu didn’t work,” Netflix co-founder Reed Hastings said in an interview earlier this year. “For a variety for reasons, not because of us, Hulu drifted. It never became the big force. Those companies all delayed their own individual efforts because Hulu was their effort.”

Despite the meddling of its owners, Hulu managed over the years to nurture a distinct corporate culture — nerdy, upbeat and a little goofy. Employees referred to themselves as hooligans and maintained a document that outlined its mission and values. In 2019, when Disney acquired most of 21st Century Fox, the deal clarified which company was in charge of Hulu. But Disney also quickly curtailed Hulu’s sense of independence.

Under Disney, Hulu now serves as a complement to Disney+, a kid-friendly streaming service that has so far been hesitant to traffic in the kind of edgy, adult fare that has lured many customers to Netflix and HBO. Shows like “High Fidelity” and “Love Victor,” originally developed for Disney+, have since been released on Hulu instead. The service is also an outlet for shows from FX, a former Fox cable network known for provocative programming like “American Horror Story.”

While Hulu won’t be competing with Netflix on the global stage, it remains one of the top streaming video services in the U.S. with 35.5 million total subscribers as of midyear.  The company has been growing more quickly at home than Netflix for the past couple years — a trend that may reverse in 2020 — and has delivered a steady stream of popular, critically adored programs.

Moving forward, the entertainment industry will be carefully watching how much Disney is willing to invest in Hulu. Currently, Disney isn’t exactly flooding the company with new resources. The service has has become far more selective lately, searching for fewer, higher-impact programs. Hulu has all but stopped buying shows from outside studios, which provided many of its biggest hits, including “The Handmaid’s Tale,” and is instead focusing on those made in-house.The company has also considered ways to expand Disney+’s programming to include more mature content, and some Disney employees speculate Hulu will become a hub within Disney+. That has led some outsiders to conclude Disney’s interest in Hulu might be waning. Earlier this year, Comcast’s NBCUniversal approached Disney about acquiring the service, or operating it as a partnership, according to two people familiar with the talks. So did a number of private equity firms. Disney rebuffed the inquiries.

Disney is now under growing pressure from shareholders to invest more in streaming and has restructured the company to reflect its importance. Kareem Daniel, a longtime lieutenant of Chief Executive Officer Bob Chapek, will oversee the distribution of all Disney streaming services and decide where programming from the company’s three entertainment divisions ends up.

The restructuring announcement made three things clear. Streaming is the future of the world’s largest entertainment company. Disney+ is the big success story. Hulu is one of the company’s “other streaming services.”