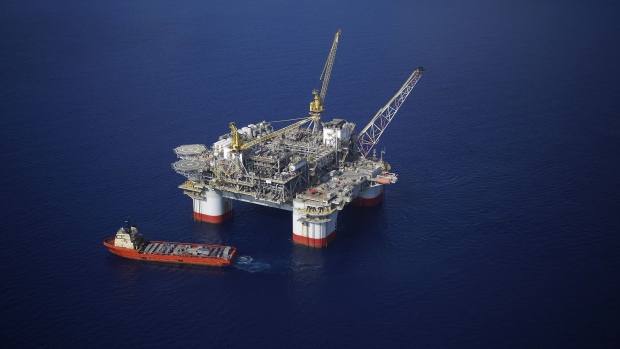 The Kobe Chouest platform supply vessel sits anchored next to the Chevron Corp. Jack/St. Malo deepwater oil platform in the Gulf of Mexico in the aerial photograph taken off the coast of Louisiana. , Photographer: Luke Sharrett/Bloomberg

Demand for petroleum is growing faster than production as the world transitions away from the worst of the pandemic, Chief Executive Officer Mike Wirth said Friday on Bloomberg TV. But in contrast to recent years, international politics, such as Russia’s military build-up near Ukraine, are also starting to spook markets, he said.

“A few years ago these types of events didn’t seem to really impact commodity markets, and today they seem to be doing so,” he said. Oil priced at “$100 is certainly within the realm of what we could see in the next few months.”