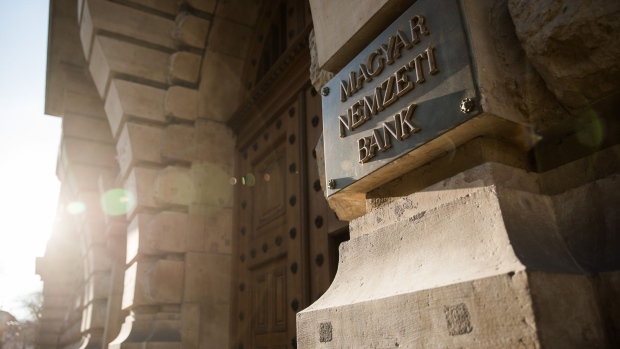 Policy makers left the one-week deposit rate at 4% on Thursday, the highest nominal rate in the European Union. The decision matched the median estimate in a Bloomberg survey.

Consumer prices surged to a 14-year high in December, matching the pace in November, while the core inflation rate rose to a 20-year high. The central bank had forecast that headline inflation would slow from a peak in November.

Hungary made the weekly facility the effective base rate in November to react more quickly to currency depreciation. Rate setters have vowed to eventually feed increases in the one-week rate into to the required reserve rate, which is set once a month and remains the nominal base rate.

The forint has strengthened 3.5% against the euro year-to-date, the biggest gain among emerging-market currencies in Europe.