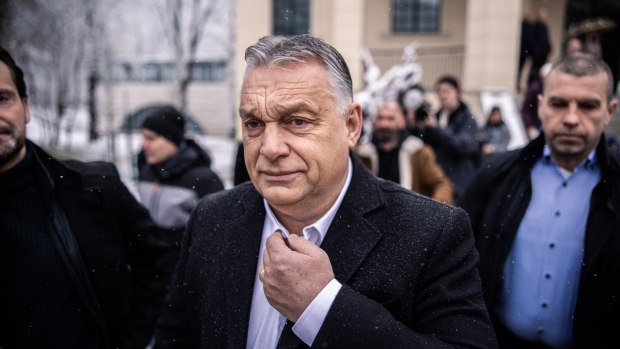 Viktor Orban, Hungary's prime minister, departs after voting at a polling station in Budapest, Hungary, on Sunday, April 3, 2022. Prime Minister Viktor Orbans party was tied with the opposition in a poll published a day before Hungarys election, raising the possibility that the race will be even tighter than previously predicted. , Bloomberg

The state of emergency, a new tool Parliament approved earlier on Tuesday, will take effect at midnight and will give the government “maneuvering room and the ability to react immediately” to the fallout from the war in neighboring Ukraine, Orban said in a video message on his Facebook page.

The government will announce its first measures under the emergency on Wednesday, he said.