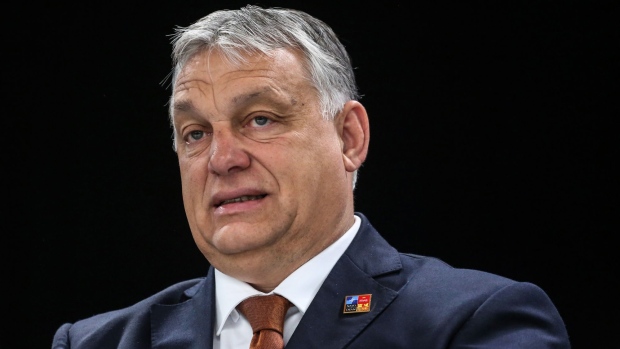 Viktor Orban, Hungary's prime minister, at a meeting on the final day of the North Atlantic Treaty Organization (NATO) summit at the Ifema Congress Center in Madrid, Spain, on Thursday, June 30, 2022. NATO's so-called Strategic Concept said in the text that China's stated ambitions and coercive policies "challenge our interests, security and values" and warned about a deepening strategic partnership between Beijing and Moscow. , Bloomberg

Budapest will still oppose any sanctions on natural gas imports, Orban told public radio in his weekly interview on Friday. However, it can’t constantly “go against the flow of traffic” in the bloc on non-energy issues, as that would be inappropriate in a union built on “cooperation, loyalty and mutual trust,” he said.

Orban-led Hungary is Russia’s closest ally in the EU and Orban has had personal disputes with Ukrainian President Volodymyr Zelenskiy. The Hungarian premier has also managed to get EU sanctions packages watered down. At the same time, the EU has retained clout by threatening to withhold billions of euros in aid from Hungary over Orban’s backsliding on the rule of law.

In his remarks, Orban struck a softer tone on Ukraine, saying that Hungary and its allies were backing the government in Kyiv because Russia had been unjustified in attacking.

Hungary must boost its defense capabilities as the war is gradually moving within Ukraine to territories that are closer to Hungary’s own borders, Orban said.

(Updates with comments on defense buildup in sixth paragraph)