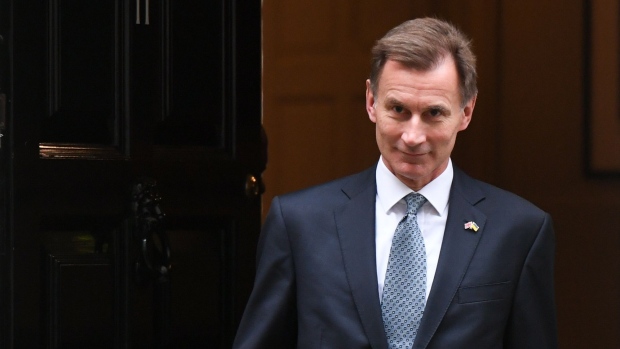 (Bloomberg) -- UK Chancellor of the Exchequer Jeremy Hunt said he’s asked the Treasury to look at how much money the government could raise by taxing wealthy foreigners who enjoy so-called non-dom status.

The controversial designation allows British residents who have their permanent home -- or domicile -- outside the country to avoid paying UK taxes on their overseas earnings. At a hearing of the House of Commons Treasury Committee on Wednesday, Hunt was asked how much money could be raised for the public purse by scrapping the status.

“I’ve asked the Treasury to look into that,” Hunt told the panel. “I want to make sure that wealthy foreigners pay as much tax in this country as possible.”

The issue is particularly sensitive for the ruling Conservative Party because it was revealed earlier this year that Prime Minister Rishi Sunak’s wife, Akshata Murty, held the status. She subsequently said she would pay taxes on her global earnings, amid growing pressure on the then-chancellor.

What’s a ‘Non-Dom’ and Why Are U.K. Politics Abuzz?: QuickTake

Hunt last week delivered an Autumn Statement that raised Britain’s tax burden by £25 billion ($30 billion) to its highest level since World War II. He and Sunak framed the package as one in which those with the “broadest shoulders” would pay the most. In the Committee hearing on Wednesday, Labour Member of Parliament Siobhan McDonagh asked why he hadn’t therefore said he would tax the “super-rich” non-doms.

McDonagh cited researchers including the London School of Economics and the Institute for Fiscal Studies which she said had found that closing the “loophole” could raise £3 billion or more a year.

But Hunt said he understood non-doms pay around £8 billion in tax a year, and that he wants to ensure any move to tax them more doesn’t lead to them leaving Britain.