At least three analysts have downgraded their rating on Husky Energy Inc. this week, sending the shares lower for a third straight day.

Canaccord Genuity, Raymond James and Bank of Nova Scotia’s strategists have reduced their recommendation on the Canadian energy company’s stock as concerns surrounding free cash flow weighs on the stock. Husky’s shares have slumped about eight per cent in three trading days, on pace for its longest losing streak in more than a month.

Shares of Husky have plunged over 80 per cent since its 2008 peak for myriad reasons: lower oil prices, a dividend suspension, a production cut due to a close call with an iceberg, and a failed $2.75 billion hostile takeover bid for MEG Energy Corp.

Last year, RBC Capital Markets analysts led by Greg Pardy contemplated whether the company should consider going private to capture the gap between its market and underlying value, and so it can make the right moves without market scrutiny.

Here’s what analysts said this week:

“The mandatory curtailments from the Alberta government limit Husky’s ability to grow its Alberta-based production and also squeeze downstream margin,” Fong said in a report published Tuesday. He downgraded the stock to sell from hold and raised the share price target to $10 from $9.50. He expects total spending for Husky’s thermal projects like Spruce Lake, Edam Central and Dee Valley to reach about $1.3 billion this year.

“Given the inflexibility in the capital program and the already slowed pace of development of its thermal projects and its Indonesian assets, we believe that free cash flow will be relatively muted in 2020 and to a lesser degree in 2021,” he said.

Cox expects Husky’s fourth-quarter results to be a “negative catalyst,” he said in a report published Monday. “Our revised forecasts point to negative free cash flow for both 2020 and 2021.” He reduced his recommendation to underperform from market perform and maintained a share price target of $11.

“We believe it is too much to ask investors to look past at least two years of materially weaker free cash flow profile versus peers, supporting a more pessimistic outlook for the stock,” he said.

“We feel other names within our coverage universe offer more torque to improving oil prices,” Bouvier said in a note Tuesday and cut his rating to sector perform from sector outperform and reduced his share price forecast to $11 from $12. He’s looking for a more consistent operational execution from Husky before getting more bullish on the stock. 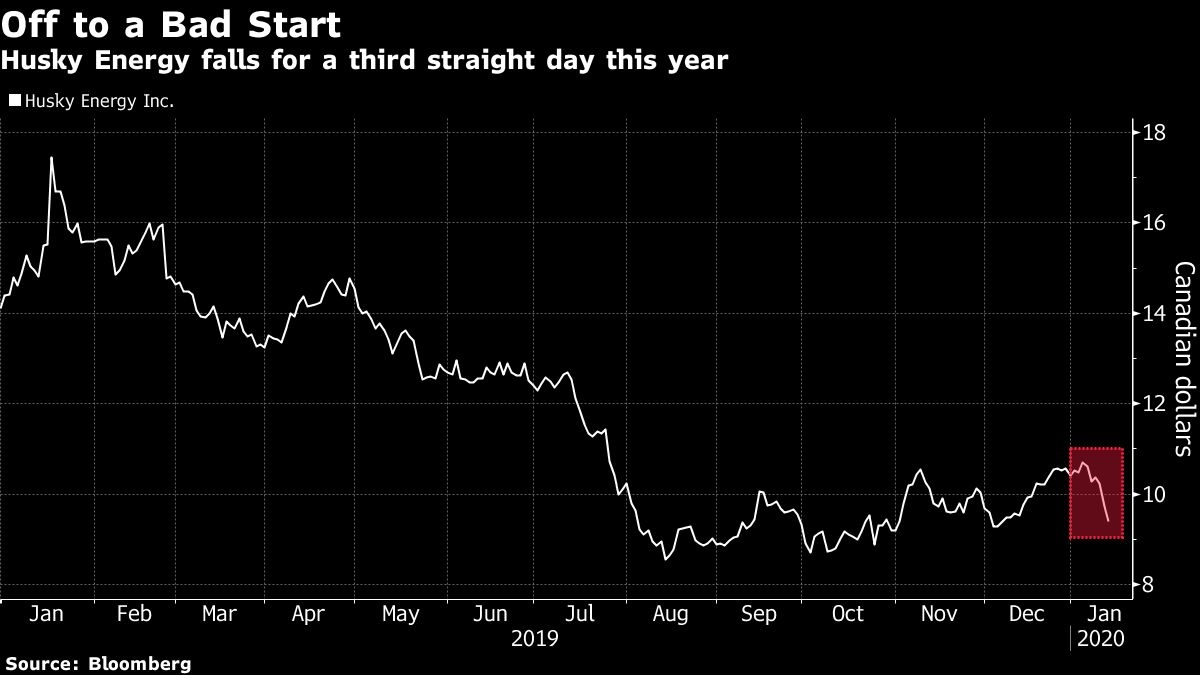 --With assistance from Michael Bellusci and Kevin Orland.