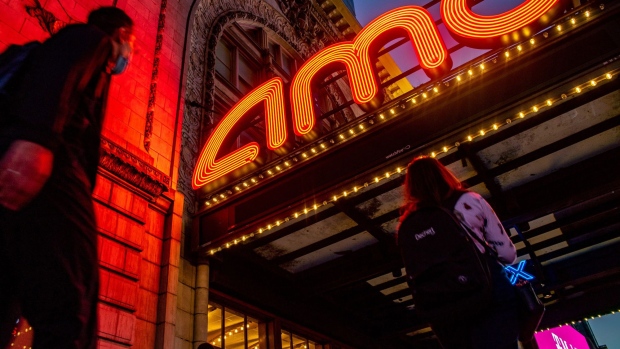 (Bloomberg) -- Hycroft Mining Holding Corp. is planning to announce an at-the-money stock offering as soon as Tuesday after AMC Entertainment Holdings Inc. said it would purchase a 22% stake in the company, according to a person with knowledge of the matter.

The gold miner is considering raising fresh capital after it caught the attention of retail traders on Reddit in recent weeks, the person said, asking not to be named discussing a private transaction. The decision is not final.

Retail traders’ online support helped quadruple the shares to $1.39 in the prior session on Monday before the deal was announced. The stock traded as low as 29 cents in February.

Hycroft went public in early 2020 through a combination with a special purpose acquisition company backed by Jason Mudrick. The company had lost around 80% of its value since its public debut.

Mudrick and AMC have deep ties: the distressed debt investor repeatedly provided rescue capital and bought stock in the movie theater chain when the Covid-19 pandemic sent the company into a tailspin. He later sold his shares in the company after concluding day-trader enthusiasm had left the stock overvalued, Bloomberg reported.