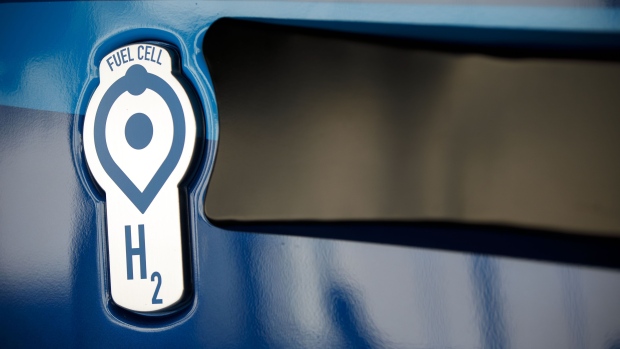 (Bloomberg) -- Building a hydrogen-based energy system in the U.S., which some analysts call key to fighting climate change, would be based largely on fossil fuels under the bipartisan infrastructure bill heading for a Senate vote.

The legislation provides for $8 billion in spending to establish at least four “regional clean hydrogen hubs” producing and using the fuel for manufacturing, heating and transportation. At least two would be in U.S. regions “with the greatest natural gas resources,” according to the bill. One hub would demonstrate production from fossil fuels, one would use renewable power, and one would use nuclear power. Coal also is listed a potential source.

Such variations underscore how hydrogen is only as green as the underlying sources and processes used to produce the fuel.

Hydrogen could play a pivotal role in a zero-carbon future because it can power turbines, furnaces and fuel cells without producing greenhouse gases. But the vast majority of the fuel used today is stripped from fossil fuels, usually natural gas, in a process that releases carbon dioxide. Those emissions must be captured and either used in other products or stored permanently in order for gas-based hydrogen to truly fight climate change. The bill also would invest in such capture technologies and facilities

The fuel can also be stripped from water using electrolyzer devices, and if the electricity powering them comes from renewable sources, the process does not generate greenhouse gases. Such “green hydrogen” is pricier than production from natural gas, but as renewable power and electrolyzer costs fall, BloombergNEF predicts green sources will cost less than fossil fuels within a decade. That could make some of the proposed hubs less competitive.

The bill also would authorize $1 billion for grants to improve electrolyzers, making them more efficient and lowering their costs.