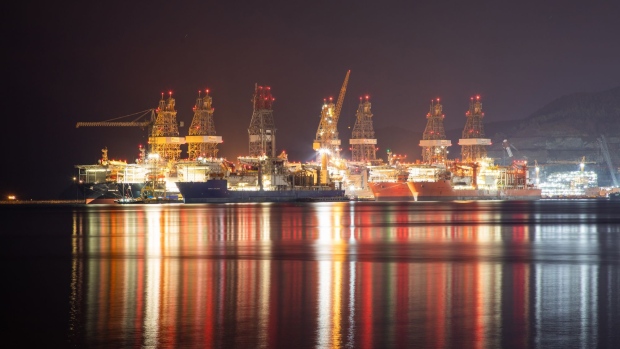 (Bloomberg) -- A construction unit of Hyundai Motor Group scrapped plans to raise as much as 1.2 trillion won ($1 billion) in an initial public offering after global markets tanked.

Hyundai Engineering Co. canceled the IPO after failing to draw demand at the valuation it wanted, the company said in a filing Friday. It had been seeking to sell stock at between 57,900 won and 75,700 won, but had not yet distributed any shares to institutional or retail shareholders.

South Korea’s benchmark Kospi index has slumped about 12% this year, with the tech-heavy Kosdaq down 17% -- making it the worst-performing market in Asia.

Sentiment toward the construction industry has also soured following the collapse of a high-rise building that was under construction in the city of Gwangju. Three people died in the incident, which also raised concerns about building standards in Korea.

Hyundai Motor Executive Chairman Chung Euisun planned to sell his 5.3 million shares through the IPO along with his father Chung Mongkoo’s 1.4 million shares, according to the prospectus. U.S. private equity form Carlyle Group Inc. earlier this month bought a 10% stake in Hyundai Glovis Co. from the family, a move seen as preparation for a simplification of the group’s ownership structure, according to HI Investment & Securities.