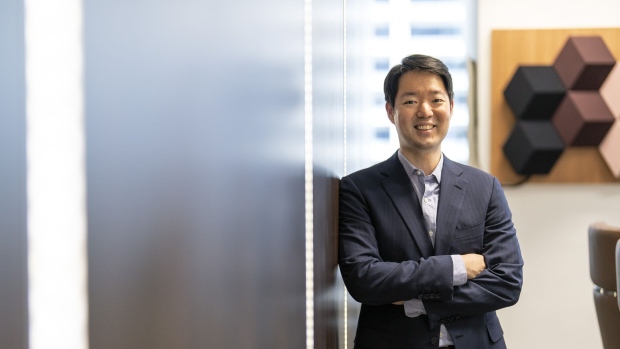 (Bloomberg) -- In the world of finance, leveraged buyouts are sometimes seen as controversial -– the domain of fictional villain Gordon Gekko from “Wall Street” -– where firms borrow large sums of money to buy their targets.

But Kyungsun Chung, a grandson of the Hyundai Motor Co. empire founder Chung Ju-Yung, is hoping to combine leveraged buyouts with his connections to some of Asia’s most powerful clans to drive impact investments that generate a profit but also do environmental, social and governance good.

Where most ESG funds try to use slightly cheaper loans or minority stakes and shareholder votes to encourage companies to get greener, Chung’s Singapore-based Sylvan Capital wants to buy control of established businesses to force change from within. It’s aiming to close an inaugural $400 million to $500 million fund by next year, with more than half of that already committed from at least three regional conglomerates before official fundraising begins.

It’s an idea with few precedents that could help spark a new way to improve the environment and society faster. But with impact investments often coming with added risks, borrowing money to impose ‘green’ business ideas could also magnify losses.

“As a civilization, what we’re doing right now is not really sustainable anymore and we really need to take on action to do something about it,” Chung said in an interview. “We have a responsibility to prove that Asia is ready and that we can make larger-sized impact investment deals.”

As the only son of Hyundai Marine & Fire Insurance Co. Chairman Chung Mong-yoon, his traditional path would have been to work within the company or consultancies with the ultimate goal of taking over his family’s business.

But after a youth spent being bullied for his bookish habits and lack of sporting prowess, Chung, 35, spent years trying to understand the violence of his tormentors and the fault lines in society. For the past decade he worked in philanthropy, social enterprises and real estate projects that built offices in troubled neighborhoods for charities in Korea and the U.S. He eventually decided that larger companies can have more of an impact with relatively small tweaks.

“I realized that hating the perpetrators of the bullying doesn’t solve anything and that if I wanted to do anything about it I really needed to make a more peaceful civil society by solving a lot of problems,” he said. “What I’m doing with impact investing to solve problems is really the very, very long way of doing a self-defense mechanism.”

The Sylvan Group will aim for deals that take control of companies worth between $100 million to $500 million each, spending a total of about $1.2 billion when leverage is included. Businesses that can benefit from the disruption caused by aging populations and urbanization, education and climate adaptation are among its key target areas and the firm expects to close up to five deals this year.

Chung is up against stiff competition. Traditional private equity firms have spent years poring over Asia preparing for generational change. As the second and third generation of family businesses start to take over, many will follow the path of their European peers and sell out to enjoy life, set up family offices or try new sources of revenue.

The impact investing market, which was already estimated by the Global Impact Investing Network to be worth $715 billion in 2020, is also being flooded by traditional PE firms looking for deals - something that could lead to skyrocketing valuations in areas like renewable energy. Many of Chung’s deep-pocketed competitors won’t need leverage to do deals.

Even if his rivals offer a better payday, Chung hopes his more holistic approach will win over targets. The fund aims to buy majority stakes that keep the existing family and management on board for the transition, while generating a 25% annualized return. It aims to do this while improving the ESG credentials through measures like improved technology, higher efficiencies and re-training workers on new business models.

Chung is banking on his association with one of Asia’s best-known business clans and long history of working on impact to open doors and build trust. It’s an edge that could be key in Asia, where a higher portion of the economy remains in the hands of family businesses.

“We really want to help them take this major shift into something more sustainable,” he said. “They know I have the history and context with our own family business I can give them much more in-depth context.”

Sylvan will be one of the few impact LBO firms to raise substantial funds. Stockholm-based Trill Impact, which was started by EQT co-founder Jan Stahlberg, raised its inaugural 900 million euro ($1.1 billion) buyout fund this year. He said one advantage of running an impact fund is the lower cost of capital from lenders that are seeking to hit ESG goals.

By combining this slight edge with other skills like its team of experts who are attuned to Europe’s changing ESG regulations, Stahlberg expects to produce buyout deals with commercial rates of return while doing good. Much of this will be driven by younger consumers demanding that the services they use be produced and regulated with sustainability in mind - a shift that will be felt in Europe earlier than Asia or the U.S.

“If I can show that you can make as much money if not more by just making investments in companies that contribute then I will probably get 30-40 followers and then we will really change the global investment community,” Stahlberg said in an interview.