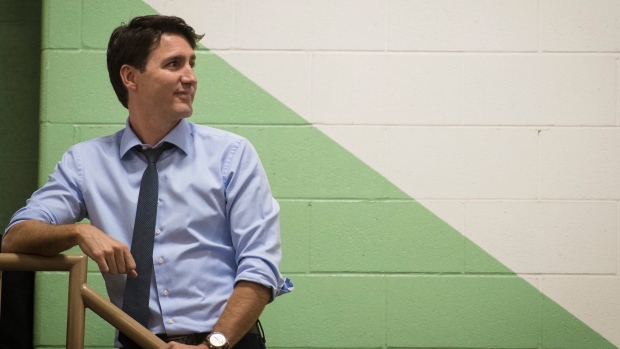 “If I were a politician, I would try to find a solution and I agree with Mr. Trudeau that something should be done to avoid the type of situation where so many jobs should be lost for Canada.”

Former attorney general Jody Wilson-Raybould told the House of Commons justice committee on Feb. 27 that she came under "consistent and sustained" pressure -- including veiled threats -- from several government institutions, including the Prime Minister’s Office to halt the criminal prosecution of SNC over bribery charges stemming from Libyan business dealings in the early 2000s. However, Trudeau rejected Wilson-Raybould’s characterization of the events just hours after her testimony.

The federal Liberals' perceived motivation behind the alleged efforts to save SNC from criminal prosecution stems from concerns over the company potentially moving its headquarters from Montreal and threatening the 9,000 jobs the company currently offers Canadians.

SNC CEO Neil Bruce denied ever speaking to Trudeau directly about job losses or potentially moving the company’s headquarters in an interview with BNN Bloomberg on Wednesday, though he did say the company had lobbied the PMO.

However, Bruce did say jobs could be in jeopardy if the bribery case is not resolved in a timely fashion.

Nadeau said SNC could relocate its headquarters if there is a dramatic reduction in staff.

“If [SNC] just has 2,000 jobs in Canada? Would it be better to be in Europe or London, or in the U.S. where we have a much larger staff?” Nadeau asked, when analyzing possible scenarios for Bruce to have presented to the Prime Minister’s Office.

“That’s the way he should have presented the situation to Mr. Trudeau.”

The Quebec government announced on Thursday that it is setting aside $1 billion from its provincial budget to “ensure the protection of head offices” of major corporations. While Nadeau said he didn’t see that being enough on its own to prevent the possibility of SNC relocating its base, he did point to an established precedent of the federal government making efforts to protect large firms, in this case the feds’ 2018 blocking of Aecon Group Inc.'s sale to Chinese state-owned CCCC International Holding Ltd.

“Let’s take the example of Aecon Group in Toronto a year ago. When the Chinese tried to buy this company, I think the Canadian government did the right thing to protect the head office of Aecon Group,” Nadeau said.