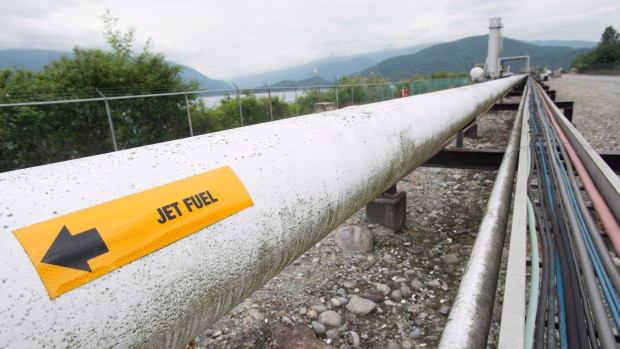 Commodities was back at GMP FirstEnergy’s Energy Growth conference Wednesday for a second day, where BNN’s Andrew Bell spoke to some of Canada’s top energy bosses about the sector, and a number of pipeline projects up for negotiation.

With the December 19 Trans Mountain pipeline expansion deadline fast-approaching, and the possibility that Keystone XL – a proposed pipeline that would carry up to 830,000 barrels of crude oil per day from Hardisty, Alberta to Steele City, Nebraska —  will be back on the table with the U.S. Presidential election victory of Donald Trump, the CEOs had different ideas about which pipelines would most benefit Canada’s energy industry.

“The industry is pretty diverse – so wherever your assets lie, geography would dictate which of the pipelines you would want to see going forward. I think most people believe that Trans Mountain is going to be okay’d by the federal government but I think logically we would like to see Energy East processed and allocated to go ahead.” [Energy East is a proposed 4,500 km pipeline that would transport 1.1 million barrels of oil per day from western Canada to refineries in the eastern part of the country]

“I think we need to get our product to tidewater, just to different customers to maintain our competitive advantage. I think everybody understands this and I think we need to move forward because the opportunity is passing us by.”

“From my perspective, I want to see natural gas moving down that main line into Ontario and Quebec. I want you from Ontario to quit importing 60 per cent of your gas from the U.S. and start using western Canadian gas.”

“I think [the Mainline pipeline] is a negotiation, it’s not done yet. If you’re TransCanada and you have an empty pipeline, you want to put gas in it. And we as shippers need to be comfortable with what they’re asking us to do.”

“I think [Donald Trump] is going to do really well with Keystone, which will help get us access to the international market beyond the U.S. We have to stay competitive and right now we aren’t going to be competitive. The investors are going to go where they get a better return.”

“I think Energy East by far has the best chance of being successful. I know that Mr. Trudeau will probably approve the Trans Mountain line, but there are so many conditions that have to be satisfied and I’m not so sure they will get those approvals for all those conditions that are out there. So I’m not as confident that we are going to get a line through B.C. versus going through the rest of Canada.”

“I am optimistic. And I think that our Canadian government is understanding that we, for the benefit of all Canadians, not just the energy space, but all Canadians, that  we do have to get access to foreign markets for our product.

“All markets are helpful. I do remain very optimistic we will get Trans Mountain approved. Trans Mountain [is] more important. It is on the western side. Keystone not as much – that is more directed to oil sands projects out of Northern Alberta.  But again, all pipelines help because it just places the current backlog of production we do have in the country. Not that we have a lot, but we will get jammed up in 2017 without additional pipelines into the U.S.”

“I’m an oil guy – so all of them. I think TransMountain for sure has to be done. I’d like to see the Energy East one built and then obviously Keystone to provide that growth for Canada.”

“Canada is very competitive on the oil and gas front from an economic standpoint ... I think we should build all the pipelines that are on the table – be they oil or gas. I think it behooves Canada to do that federally and provincially. We need to get our resources to tidewater especially if it becomes a more kind of  every country for itself world – we better get those pipelines built so that we can compete.”