'Who cares that I can't walk': Canadian investor Ruffolo reflects on near-death accident

Six months ago, doctors were fearing for John Ruffolo’s life after the famed Canadian tech investor was struck in a devastating cycling accident that nearly killed him. Now, after a remarkable recovery, he’s launching a US$500-million growth-stage private equity fund that he hopes will nurture the next crop of world-beating upstarts in this country.

The fund’s launch had already been delayed by the COVID-19 pandemic last year, when the 54-year old Ruffolo — an avid cyclist — was struck by a jackknifing transport truck while riding his bike in Markham, Ont. on Wednesday, September 2nd.

The accident left him paralyzed from the waist down.

“I was lucky to be alive,” said Ruffolo, founder and managing partner of Maverix Private Equity, in an interview.

“I shattered my spine. I split my pelvis in half. I broke every rib in multiple places. I lost a kidney, a lung, and a lot of blood.”

Because of the internal bleeding, Ruffolo needed a blood infusion measuring half of his entire blood count.

“When I first arrived at Sunnybrook Hospital, they did not want to operate on me because there was a concern that surgery would kill me due to the massive trauma.”

Ruffolo’s situation was so grave that doctors waited a day and a half for his condition to improve before performing surgery.

“I was told that when I didn’t pass away after 36 hours, they were required to perform surgery — and that there was a possibility I could die on the operating table.”

It was more than a week before Ruffolo was lucid enough to review some of the 10,000 messages of condolences he received. It was only at that point he came to fully recognize his brush with death.

“I stubbornly didn’t die,” said Ruffolo, who is known in the business community for his passion and resilience. “I feel very blessed.”

While his initial prognosis suggested he would not walk again, he made quick progress in his rehabilitation.

Within two weeks of the accident, he started to notice feeling returning to his legs. Today, Ruffolo says the sensory level in his legs has reached 80 per cent and he has 50 per cent mobility. “The parts of my legs that turned on are the cycling muscles,” he said.

In fact, Ruffolo credits his cycling regime prior to the accident for helping him survive.

“Because of the pandemic, I had time to take long bike rides every Wednesday. I was the fittest I had been in years. So in many respects, COVID saved my life.”

Ruffolo’s road to recovery has been intense. Each week brings 20 hours of grueling rehab.

By the end of October, Ruffolo was feeling well enough to begin re-connecting with Maverix’s potential investors while he continued with his recovery at Toronto Rehab’s Lyndhurst Centre, which treats people with spinal cord injuries.

“People were shocked by the strength of my voice on the phone. They said, ‘You sound so normal,’” Ruffolo said with a laugh. “Then they would ask me if I was calling them from my hospital bed. I said, ‘Yes, I’m on my back.’ Everyone said the same thing, ‘Get better and we will be here to fund you.’”

'30 YEARS GEARING UP FOR THIS MOMENT' 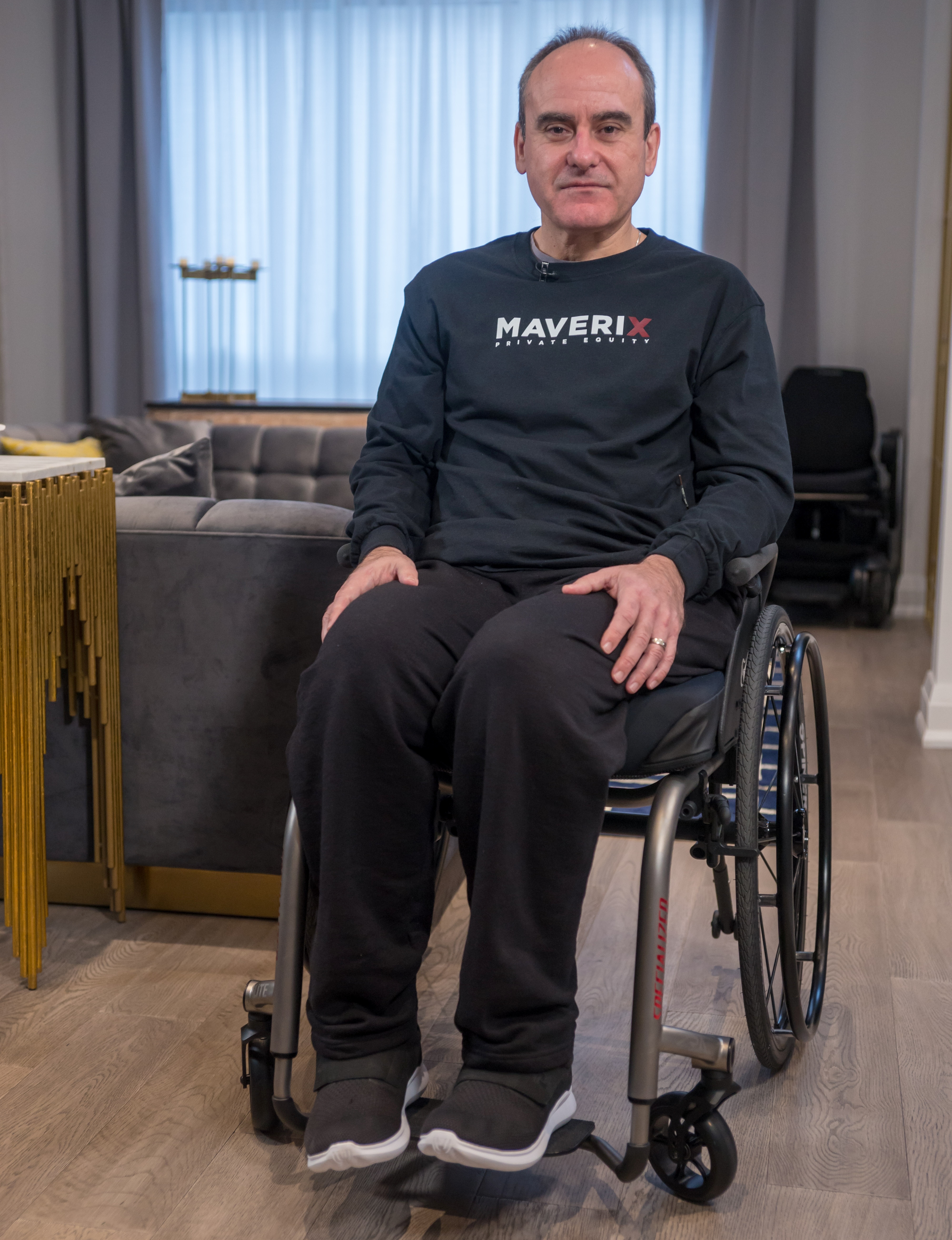 All of the money Maverix has raised for the fund has been from Canadian investors including leading institutions, pension funds and family offices -- largely based on Ruffolo’s investing track record. Those investors include CIBC, BMO, Mattamy Asset Management and several leading pension funds.

“We wanted to build this Team Canada concept, where we gather the greatest individuals in this country who will gather around us and help those next up-and-comers,” said Ruffolo. “I’ve spent 30 years gearing up for this moment.”

In 2011, he founded OMERS Ventures — the venture capital arm of the large Ontario pension fund. He led early investments in startup success stories such as Shopify Inc. before leaving in 2018. He has also championed Canada’s technology industry as a co-founder of the Council of Canadian Innovators, along with former Research in Motion co-CEO Jim Balsillie.

“Shopify is a company that was built in Canada and largely funded by Canadian entities,” said Ruffolo. “What we are missing as a nation is 10 or 20 Shopifys to really lead us. And you need the component pieces to support that.”

"Everyone said the same thing, 'Get better and we will be here to fund you.'"
John Ruffolo

“Some in the financial community said, ‘You’re starting off too big; why not raise a bit of money and build first,’” he said. “My response was that the fund was predicated on the whole ecosystem we’re trying to fill: companies that are seeking to become billion-dollar businesses.”

“We are very ambitious on what we want to build. The only way to do that is to draw in people who have that like-minded ambition,” said Ruffolo.

“They really believe we are filling a hole that doesn’t exist in this country. And they are keen to provide the mentoring and coaching to help share the mistakes they’ve made.”

Maverix will invest in companies disrupting sectors such as retail, healthcare, transportation and financial services.

In preparing for the fund’s launch, Ruffolo received a helping hand from many supporters in his life, including members of his Toronto-based cycling club “Les Domestiques”, who assisted with everything from insurance needs to food and household matters.

“It took a community to save me,” Ruffolo said. “I would not be where I am today without the unbelievable number of folks that came to help in a variety of ways.”

As Ruffolo continues with his recovery, he hopes to one day cycle again.

His wife, Carryn, even had the word “Specialized” — the bike brand he rides — placed on the side of his wheelchair.

“I think about riding every single day. That’s my ultimate goal. I’m not going to let being run over change my life. I just refuse to.”