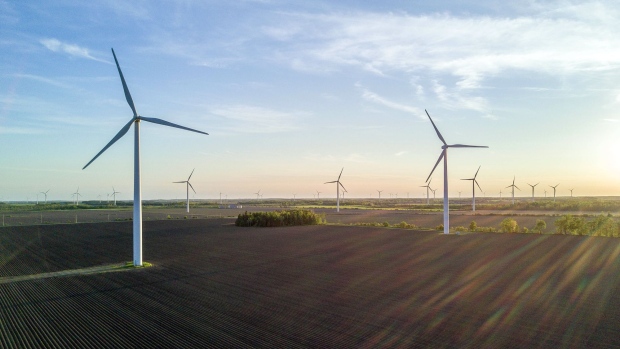 “As we speak, we are working on it,” Chief Financial Officer Jacques Potvin said in a telephone interview Tuesday. IA Financial may issue environmental, socially and governmental debt “at one point.”

Sales of green bonds — one of the most established types of ESG financing — are rising as issuers often find they can borrow at more favorable rates when the money is funding eco-friendly projects. Companies and governments globally have already sold US$29.4 billion of the securities this year through Feb. 19, up from US$24.7 billion in the same period last year, Bloomberg data show.

In Canada, the success of Ontario, the largest green bond issuer in the loonie-denominated market, shows enough potential demand for other issuers to follow in its footsteps. The province attracted more than six times as many orders as bonds available for sale in its $500 million green offering last week. Several of Ontario’s bonds due 2027 trade at a yield closer to 1.9 per cent, while the new green bonds maturing in that year were priced at a 1.85-per-cent rate.

IA Financial is looking to cut its carbon footprint through projects in Canada and the U.S. that will plant trees, preserve rainforests and produce wind energy, according to a Dec. 13 statement. Its greenhouse gas emissions are mainly the byproduct of employee commuting and business travel, among others, the statement said.

The insurance company is looking to ride the success of its latest debt offering, in which it sold $400 million of subordinated bonds that was around three times oversubscribed. They’re already trading higher since being priced Tuesday, Bloomberg data show.