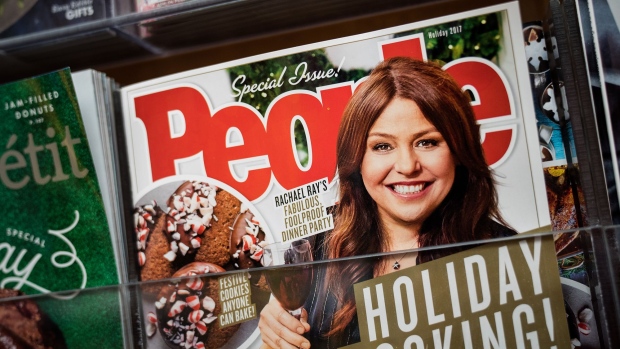 (Bloomberg) -- Barry Diller’s IAC/InterActiveCorp is in talks to acquire Meredith Corp., according to a person familiar with the matter, a deal that would add well-known magazines to its stable of online publications.

The discussions are at an advanced stage, said the person, who asked not to be identified because the talks are private. The news, reported earlier Thursday by the Wall Street Journal, sent shares of Meredith up as much as 19% in extended trading. The company owns titles such as People, Better Homes & Gardens and Shape.

The deal, expected to be worth more than $2.5 billion, would bolster an IAC lineup that include Brides, Serious Eats and Investopedia. Diller’s company also has a majority stake in Angi Inc. and tried to get into gaming earlier this year by backing a takeover bid for British gambling company Entain Plc.

Both IAC and Meredith slimmed down during the pandemic. IAC spun off Match Group Inc. in 2020 and the video-hosting company Vimeo in 2021. Meredith, based in Des Moines, Iowa, recently agreed to sell its TV stations to Gray Television Inc. for $2.7 billion.

Shares of the publisher soared as high as $53.50 in extended trading. IAC was fractionally lower at $133.

(Updates with Meredith declined to comment in fourth paragraph.)