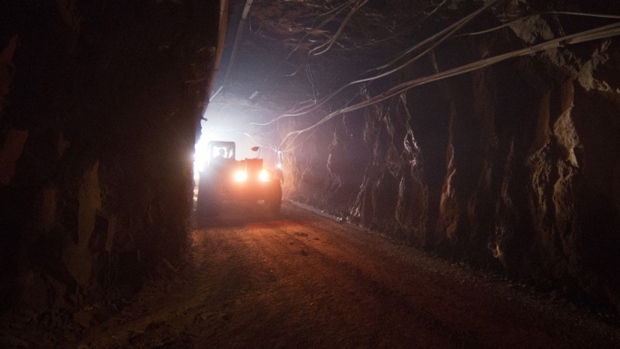 Toronto-based Iamgold Corp. is well positioned to build and ramp up production at its US$1.3-billion Cote Gold mine in northern Ontario thanks to a debt financing announced this week, a healthy cash balance and near-record gold prices, analysts say.

The project groundbreaking ceremony was to be held Friday, with Prime Minister Justin Trudeau and Ontario Premier Doug Ford in attendance at the site about 130 kilometres southwest of Timmins.

Earlier this week, Toronto-based Iamgold announced it would raise US$450 million by issuing notes due in 2028, using the cash to repurchase US$400 million in notes due in 2025, with the rest for general corporate purposes.

The financing, along with its holdings of US$832 million in cash at the end of the second quarter and manageable debt levels, provide plenty of room for the project to reach its potential, said National Bank analyst Mike Parkin in a report.

“In our view, this pushes out the debt due date well beyond the expected start up of the Cote Gold project (2023), allowing, in our view, more than sufficient time to ramp up the project to design levels before any debt becomes a current liability,” he said.

Gold prices, meanwhile, have fallen back from record levels above US$2,000 per ounce in August but remain strong.

On Thursday, National Bank raised its long-term gold price forecast to US$1,475 per ounce from US$1,450 to reflect recent inflationary pressures in the sector.

“Gold as a perceived safe haven and perceived store of value is likely here to stay, and particularly around the U.S. election cycle, we see reasons to continue to allocate to gold, if not only for risk overlay positions,” said RBC analyst Christopher Louney in a report on Thursday.

“Not all quarters are created equally, but we think Q4 and Q1 will be elevated ones for gold.”

Cote Gold's net present value at a gold price of US$1,700 per ounce is over US$2 billion, said Iamgold CEO Gordon Stothart while announcing project go-ahead in July, adding it would generate an internal rate of return of 22.4 per cent.

Its reserves are estimated at over seven million ounces, not including potential discoveries through exploration.

The project is 30 per cent owned by Sumitomo Metal Mining Co.

Iamgold has three operating gold mines on three continents, including the Essakane mine in Burkina Faso, the Rosebel mine in Suriname and the Westwood mine in southwestern Quebec.