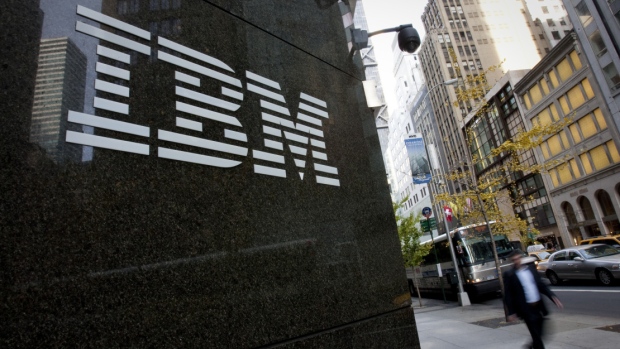 Ryan Hagemann, an IBM government and regulatory affairs technology policy executive, said in a blog post that internet companies shouldn’t automatically have legal protection for what third parties post on their platforms. Instead, their liability exemption -- part of Section 230 of the Communications Decency Act -- should be based on the condition they take action to curb harmful uses of their services, he said.

“A measure designed nearly a quarter-century ago to foster an infant internet needs to keep pace with the enormous social, economic, and even political power that the online world today commands,” Hagemann wrote.

The comments from IBM add an industry voice to a growing list of advocates and lawmakers in Washington who support paring back the legal exemption for tech companies struggling to curb the proliferation of fake content, hate speech and election meddling on their platforms.

On Tuesday, Senate Judiciary Chairman Lindsey Graham said he would like to collect best practices from industry, government and the non-profit sector and then regularly audit companies’ compliance as the basis for granting liability protection. Republican Senator Josh Hawley introduced a bill last month that would require the biggest tech companies to prove they treat content in a politically neutral way before they could benefit from the legal shield.

IBM said it favors adding a “reasonable care” standard to the Communications Decency Act as the basis for tech companies’ immunity so that they could be held responsible for moderating online content. Such a standard could encourage companies to more quickly delete posts that promote child pornography, suicide, mass violence or the sale of illegal drugs, the company said.

Changing the liability standard would mean the companies could face a proliferation of lawsuits as the meaning of the “reasonable care” standard is hashed out in courts.

Other tech companies and trade groups have argued that further changes to Section 230, which was written during the nascent years of the internet economy in the 1990s, would be costly to companies, harm start ups and create liability for taking down content as well as leaving it online.