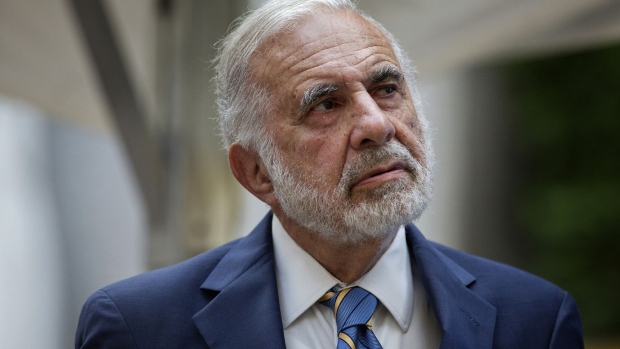 (Bloomberg) -- Activist investor Carl Icahn is ratcheting up the pressure on Southwest Gas Holdings Inc., calling on the utility company to sell its Centuri Group construction business and repeating calls to abandon its recent pipeline deal.

The billionaire, who owns 4.9% of Southwest Gas, wrote in an open letter Wednesday that he believes shareholders are “fed up” with decisions by management that have destroyed value for investors.

“If SWX really wanted to improve its balance sheet, it would cancel this absurd acquisition, sell Centuri, and use a portion of the proceeds to improve the balance sheet,” Icahn said in the letter. Southwest’s arguments defending its strategic choices are “insulting to the intelligence of all shareholders.”

Icahn has said he plans to nominate a slate of directors to replace Southwest Gas’s board, and intends to try to buy the remaining shares in the company that he doesn’t already own for $75 a share. Analysts have speculated that selling Centuri or spinning it off as a public company would also create value for shareholders. Icahn himself has said he believes the business could be worth about $36 a share.

“Management is keen on using words like ‘optionality’ to discuss Centuri,” Icahn said. “They will dangle the ‘optionality’ carrot to analysts and shareholders, buying months and quarters and years. Don’t be fooled.”

He said he didn’t believe the company’s claims that its $1.97 billion purchase of the pipeline of Questar announced earlier this month was compelling or in the best interest of shareholders. He’s argued Southwest Gas is overpaying for the company and has been particularly critical of the up to $1 billion in equity and equity-linked securities the company intends to sell to help finance the transaction.

“We believe that SWX stockholders want to invest in a regulated utility; not a daily trip to the casino placing ratepayer money on lucky 7,” he said. “Stockholders did not vest the officers and directors of SWX with the authority to run an unchecked investment company with a portfolio of unrelated assets, certainly not by diluting shareholders in order for management to further entrench themselves in their overpaid jobs while underperforming their competitors.”