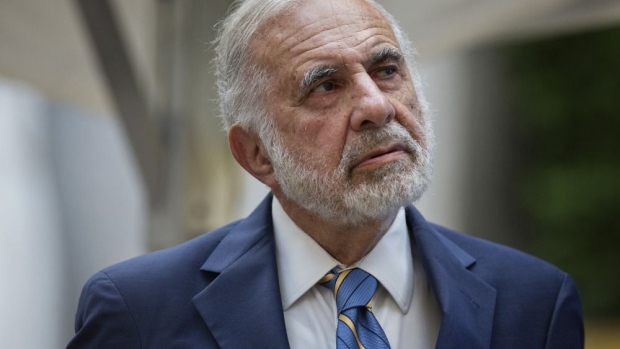 (Bloomberg) -- Activist investor Carl Icahn plans to revamp his tender offer for Southwest Gas Holdings Inc. to remove any potential roadblocks to a takeover and ensure shareholders get paid once he wins his boardroom fight.

Icahn said in a Wednesday letter to shareholders that he plans to agree to only vote 24.9% of the shares tendered in his $4.2-billion offer, which he said would eliminate the risk that regulators in Nevada, Arizona and California would block him from taking control of the Las Vegas utility. The billionaire would place the remaining shares in a trust that would vote the shares without any consultation with his Icahn Enterprises, he said.

Icahn offered in October to acquire the remaining shares in Southwest Gas that he doesn’t already own for $75 apiece. The board of Southwest Gas had unanimously rejected the offer, arguing that it undervalues the company and is not in the best interest of its shareholders, while also raises regulatory issues.

“The incumbent SWX board has claimed – falsely – that, because our acquisition of control of SWX will require regulatory approval, our offer is ‘highly illusory and it is very unlikely that stockholders will ever receive any offer consideration,’” Icahn said in the letter, a copy of which was reviewed by Bloomberg. “Today’s change takes that false claim completely off the table.”

If Icahn ultimately sought to own the remaining shares directly, he would seek approval only after closing his offer and after paying out shareholders, according to the letter. A representative for Southwest Gas wasn’t immediately available for comment.

Icahn has also nominated 10 directors in an attempt to replace the company’s board, arguing that dramatic change was needed to improve the company’s performance.

He acknowledged Wednesday his offer is currently being blocked by Southwest Gas’s poison pill. He said he would also retool his tender offer so that it would only proceed if the majority of the board was replaced with his candidates, who would then vote on whether to remove the poison pill and allow his proposed offer to proceed.