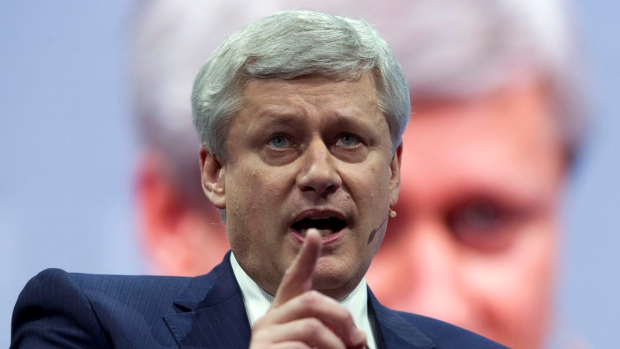 Stephen Harper, the former Canadian prime minister, is teaming up with ex-Icahn Enterprises LP portfolio manager Courtney R. Mather to launch a “constructive” activist fund, according to a person with knowledge of the matter.

The duo have begun discussions with prospective investors ahead of a formal launch of their firm, known as Vision One, in 2022, said the person, who requested anonymity because the talks are private.

Vision One plans to bet on undervalued mid-sized public companies and to try to create value through governance improvements and other changes, said the person. The firm will focus on companies with market values of US$2 billion to US$10 billion, especially in the industrial and consumer sectors, the person said.

Mather and Harper didn’t immediately respond to requests for comment.

Mather is set to be chief executive officer and chief investment officer of Vision One while Harper is to be chairman. They plan to work together to generate investment ideas and engage with target companies and other stakeholders, the person said.

Harper, who was Canada’s prime minister from 2006 to 2015, has been active in the business world. He is a board member of Good Works II Acquisition Corp., a blank-check company, as well as real estate services firm Colliers International Group Inc., securities filings show. He’s also chairman and CEO of Harper & Associates Consulting, through which he works with companies in the financial services, technology and energy sectors, according to its website.

Harper, 62, has been traveling in recent months, attending meetings in Belize, Saudi Arabia, the United Arab Emirates, Oman, and the U.K., according to his Twitter profile.