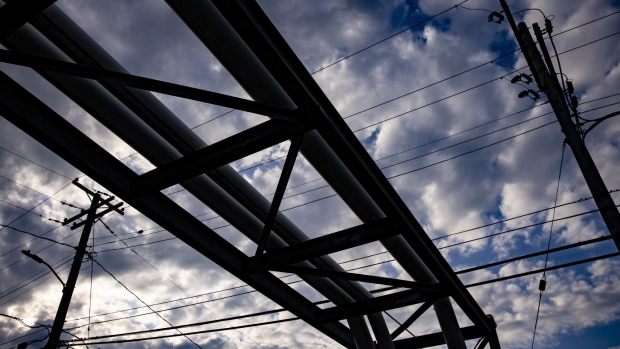 Billionaire Carl Icahn is calling on Southwest Gas Holdings Inc. to first offer shares to existing shareholders, including himself, if it pushes ahead with selling up to US$1 billion in equity and equity-linked securities to help finance its takeover of pipeline company Questar.

The activist investor also said in a new letter to the company’s board that he intends to file with regulators Wednesday to push ahead with his own plans to acquire the shares in Southwest that he doesn’t already own for US$75 apiece through a tender offer. The purchases would be made through his Icahn Enterprises.

If Southwest pursues its “ill-advised” Questar acquisition, Icahn argues, allowing shareholders to participate in the equity raise through a rights offering is the best way to ensure their holdings aren’t massively diluted.

“We are still hopeful that we can resolve this matter amicably and in a manner that creates value for all shareholders,” he said in the letter, a draft of which was reviewed by Bloomberg News.

Shares in Southwest Gas were essentially flat on Monday in New York.

Las Vegas-based Southwest said it will assess its financing for Questar in a manner that is in the best interest of all shareholders. “We continue to welcome the views of all of shareholders,” it said in an emailed statement.

Icahn said he told Southwest’ Chief Executive Officer John Hester in their first meeting that he believes “peace is always better than war.” After that conversation, however, Southwest implemented a so-called poison pill that acts as a deterrent to a takeover, and limits the amount of shares an active investor, like himself, can own to 10 per cent. He said he was also concerned that Hester is close to issuing US$1 billion of “cheap stock” to friendly hands.

A Citigroup Inc. research note cited by Icahn in his letter states that, after a meeting Wednesday with Southwest, its management seemed open to a block investment from a larger investor either through a direct investment in the company or its construction business, Centuri Group Inc.

He added that if his new shares, when added to his existing position, resulted in him holding more than 20 per cent of the company, he would wave his voting rights for any shares above that threshold.

“We believe that SWX consummating any financing transaction on terms that are inferior to those laid out above, without first attempting in good faith to negotiate with us, would be unconscionable, insulting to shareholders and would result in years of costly litigation and proxy fights,” Icahn said.

Icahn disclosed a 4.9 per cent stake in Southwest this month. He has been critical of its leadership since then, particularly the company’s decision to acquire Dominion Energy Inc.’s Questar for US$1.97 billion and the equity it intends to issue to help finance the deal. Icahn has launched a proxy contest to replace the entire board and called for the sale of its construction unit.

He has also accused Southwest executives and directors of charging for inappropriate personal expenses such as a million-dollar home, golf course memberships, manicures and the cost of bartenders, leading to a poor relationship with Nevada regulators.

Southwest has said previously that it remains committed to engaging with its shareholders on ways to maximize value and would review both Icahn’s tender offer and his slate of directors once they were submitted.

Citigroup noted that two of the company’s directors are about to age out of being able to serve on the board. Beyond the two mandated changes, Southwest may consider optimizing the slate to oversee the management of the evolving company, it said.