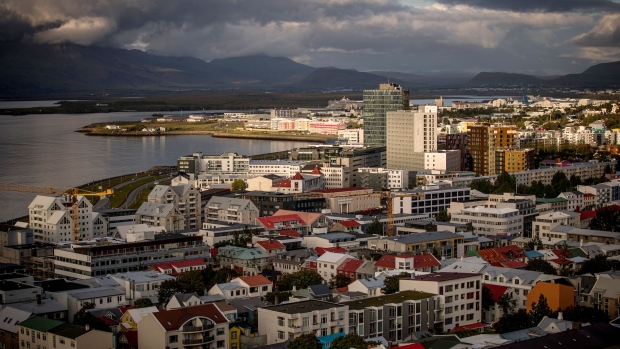 Iceland is introducing emergency measures worth 8% of gross domestic product to cushion the impact of the coronavirus in the north Atlantic island.

The 230-billion-krona ($1.6 billion) package includes state guarantees on bridge loans to businesses and the payment of as much as 75% of people’s lost salaries over the next two-and-a-half months, the government said in a statement on Saturday.

In addition, public projects worth 20 billion kronur will be moved forward to this year and tax breaks for banks will kick in sooner than originally planned.

“The measures we are introducing today are unprecedented,” Finance Minister Bjarni Benediktsson said of what he described as “historic” efforts to sustain “people’s jobs and livelihoods.”

But with the number of confirmed cases of coronavirus in Iceland rising to 473, Prime Minister Katrin Jakobsdottir conceded those efforts may not suffice.

“We are looking at the next weeks and months. We are aware that we need to do more and we are determined to do what it takes to get Icelandic society through this,” the prime minister said.

The central bank has cut its benchmark interest rate to an all-time low of 1.75% since the start of the outbreak, and Governor Asgeir Jonsson has said the bank still has “room for more cuts.” Treasury bond issuance in the second quarter is to be increased to a maximum of 40 billion kronur.