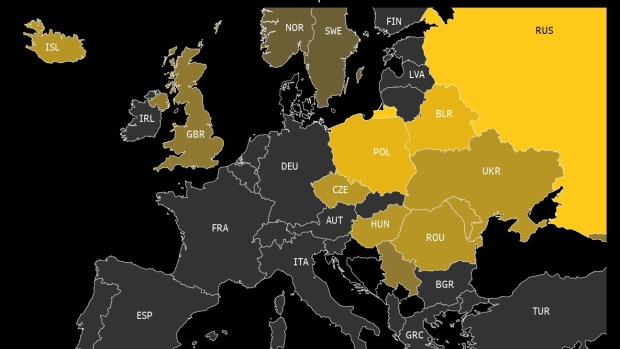 The central bank’s financial stability committee will review the effect of so-called macroprudential measures taken last year, with little evidence of a cooling effect so far, Jonsson said on Wednesday. He spoke in an interview after monetary officials delivered their biggest interest-rate hike since the 2008 financial crisis.

Iceland’s central bank was the first in western Europe to tighten since the pandemic struck, yet has struggled to slow a housing rally that’s spurred inflation, which includes real-estate costs. Seeking to widen its toolbox, it cut the maximum loan-to-value ratio last year to 80% from 85%.

“We have no prior experience in using these borrower-based measures,” Jonsson said. “I thought they would kick in much sooner than they seem to have, but we haven’t really seen the data for it yet.”

Inflation accelerated to 7.2% in April, well above policy makers’ target of 2.5%. Their task has been further complicated by rising global commodity prices after Russia’s invasion of Ukraine.

Jonsson reiterated that housing issues are also linked to low supply at a time when there is a rapid population increase, suggesting the issue might be temporary.

“We expect that the borrower-based measures that we implemented last year combined with the policy hikes should calm the market,” he said.