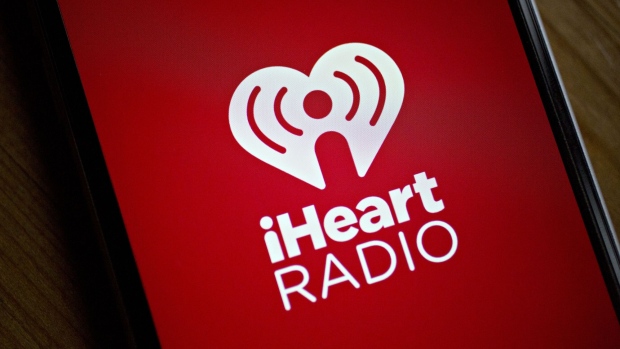 The iHeartMedia Inc. application is displayed for a photograph on an Apple Inc. iPhone in Washington, D.C., U.S., on Thursday, March 1, 2018. Embattled iHeartMedia is circulating documents for a bankruptcy filing that could come as soon as this weekend for the biggest U.S. radio broadcaster. , Bloomberg

(Bloomberg) -- Podcast workers at IHeartMedia Inc. are unveiling a unionization campaign they say has secured majority support, extending a recent wave of organizing in the convulsive media industry.

The vast majority of employees in a proposed bargaining unit of around 125 producers, researchers, writers, editors, and hosts have signed up with the Writers Guild of America East, according to the union, which is asking the company to voluntarily recognize and negotiate with the group.

After hustling to help navigate the pandemic and achieve explosive growth for the company, the employees want a collective voice to address issues such as pay disparities and opaque decision-making, according to a letter they sent management on Thursday.

“Essentially, we have been encouraged to embrace the dynamism of startup culture without any of the associated benefits,” they wrote.

IHeartMedia didn’t immediately respond to an inquiry. The streaming music and podcast company, which says its content is heard by nine out of ten Americans each month, emerged from bankruptcy in 2019 and returned to the public markets. Bloomberg LP announced plans in May to co-produce and distribute audio series with IHeartMedia.

U.S. labor law allows companies to recognize and negotiate with a union as soon as it has signed up a majority of the employees. If the business doesn’t voluntarily recognize them, workers can ask the government to schedule an election. That labor board election process can then mean weeks of legal wrangling over topics such as which workers should be eligible to vote -- time companies often use to campaign against unionization.

The media industry has seen a number of successful organizing efforts in recent years. WGAE, which represents digital journalists at outlets such as HuffPost and Vice Media, also secured collective bargaining agreements covering podcast workers at Spotify’s The Ringer and Gimlet Media brands.

The IHeartMedia campaign is launching amid a wave of recent labor activism, including strike authorizations in all sorts of sectors and an organizing campaign at Starbucks Corp., where employee ballots are due to be counted Thursday afternoon.

IHeartMedia workers said they began talking to WGAE staff last year and organized in earnest over the past few months. Joelle Smith, an executive producer, said she and other employees previously worked in online writing jobs and witnessed the disruptions and displacement of staff there in recent years.

“Because so many people have come from that landscape, we’re more on our guard about making sure we’re protected,” she said.