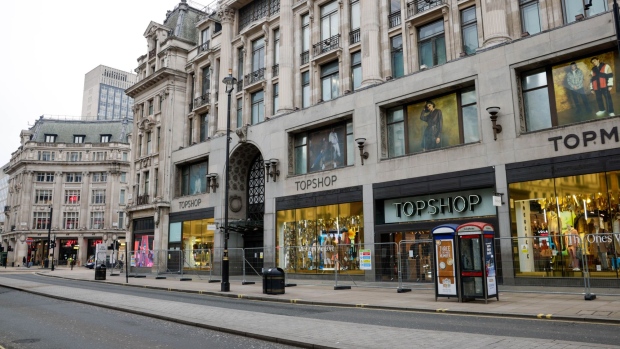 The closed Topshop store on Oxford Circus in London. , Bloomberg

Ikea is buying the former Topshop store on Oxford Circus, one of the busiest retail locations in Europe, as the Swedish home-furnishings giant expands into city centers to win urban customers.

Ingka Investments, the property division of Ikea, said the group had agreed to acquire the seven-story building at 214 Oxford Street in London for 378 million pounds ($522 million).

The site, made famous when supermodel Kate Moss brought traffic to a standstill posing in the window to launch a clothing collection in 2007, will host one of Ikea’s smaller stores. The format targets shoppers less able to travel to the large, edge-of-town stores Ikea is known for. The building is also home to other retail brands such as Nike Town and VANS.

The decision to buy the property confirms Ikea’s confidence in the future of London’s real estate market, said Krister Mattsson, managing director of Ingka Investments, in an emailed statement Tuesday. “Securing ownership of properties in prime locations instead of leasing will preserve value on a long-term basis.”

The Topshop building became available after the fashion brand’s parent company, Arcadia -- controlled by Philip Green -- went into insolvency proceedings last year. Other retailers have failed or vacated units on Oxford Street amid the pandemic, though footfall has rebounded since lockdowns in England ended.

Ikea will complete the purchase at Oxford Circus in January and plans to open the store in 2023, offering a full range of home furnishings to buy for home delivery. Another smaller format Ikea store will open in Hammersmith, West London, in the next few months.