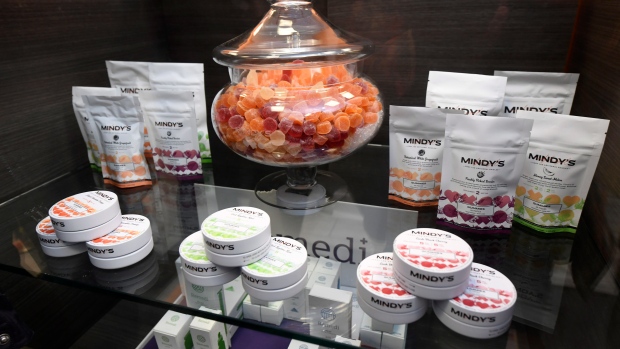 In this Jan. 1, 2020, file photo is a display case of cannabis edibles at the Sunnyside marijuana dispensary in Chicago. Illinois marijuana dispensaries sold nearly US$40 million worth of recreational weed during the state's first month of legal sales, according to figures released Monday by the state Department of Financial and Professional Regulation. AP Photo/Paul Beaty

Illinois per-capita recreational pot sales topped every state but one in its debut month, according to an analysis this week.

The state logged US$39.2 million of adult-use recreational marijuana sales in January, or US$3.07 in sales per resident, according to New Frontier Data, a cannabis research company. Those are the second-highest sales per capita during the first full month of legalization among eight other states where adults can buy pot for recreational use. Nevada was the highest at $8.88 per capita in July 2017, a figure bolstered by tourism, according to Kacey Morrissey, New Frontier’s director of industry analytics.

Illinois’s performance is “typical for first month’s sales,” Beau Whitney, executive vice president and senior economist at New Frontier, said in an email. “Illinois is fairly strong out of the gate.”

On Jan. 1, Illinois became the 11th state to legalize recreational use of the drug. The fervor around the industry’s prospects has been strong especially as Illinois, which has the lowest-credit rating of all 50 states, needs revenue. With nearly 13 million residents and more than 100 million tourists a year, Illinois is expected to be the largest adult-use market in the Midwest and annual sales could reach $4 billion when the market matures, according to Cresco Labs Inc., the state’s largest cannabis operator by capacity.

Illinois “had the most successful roll out in the industry,” Boris Jordan, executive chairman of Curaleaf Holdings Inc., said in an interview. Curaleaf is the largest U.S. cannabis company and its pending purchase of Chicago-based GR Companies Inc., better known as Grassroots, is expected to close in the second quarter, giving it a foothold in the Illinois market. 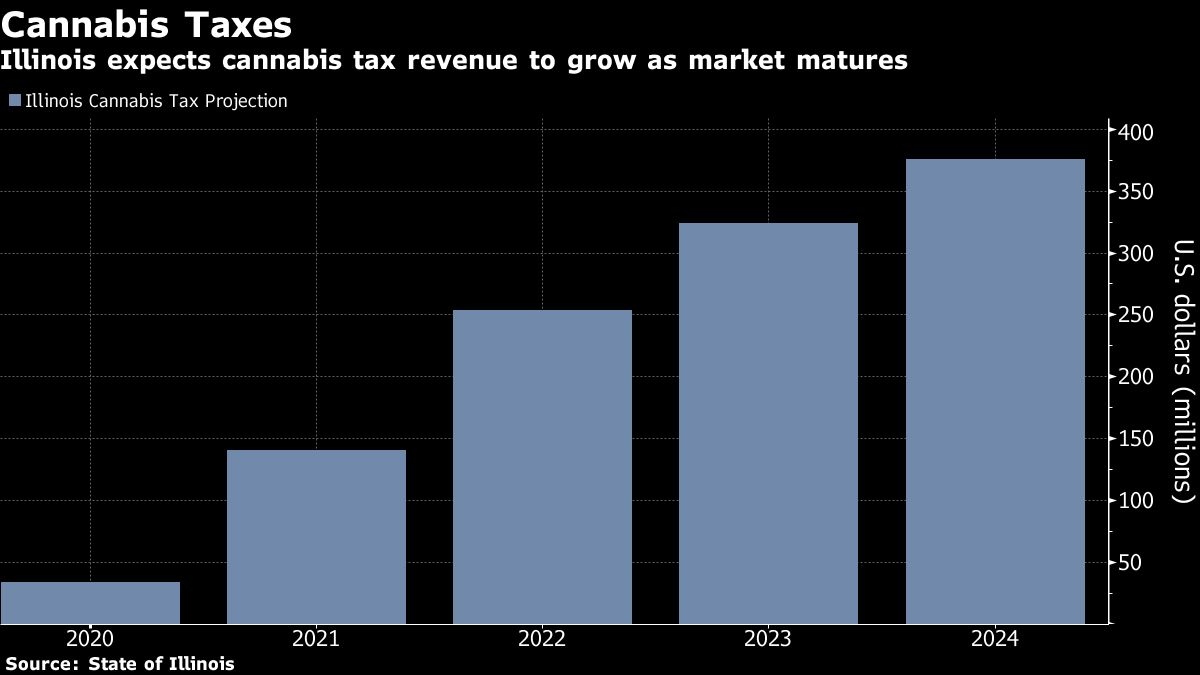 Sales during the first full month of legalization in other states were impacted by a combination of factors, including a limited number of retail locations, according to spokesmen from Oregon, Washington and Michigan.

Given Vermont does not have recreational dispensaries and Maine has not officially begun adult-use cannabis sales, these two states were not included in the data, according to New Frontier’s Morrissey.

Companies are rushing to ramp up production in Illinois given demand is expected to exceed supply for at least another year, Curaleaf’s Jordan said. Products sold in Illinois must be from cultivators, growers or dispensaries in the state as marijuana is still illegal under federal law.

The first month, especially the early days, saw long lines and some shortage of flower, according to the Cannabis Business Association of Illinois. The state has deliberately tried to temper growth and manage expectations to balance social equity, criminal justice reform and revenue, said Toi Hutchinson, senior advisor for cannabis control to Governor J.B. Pritzker.

“I didn’t have a [US]$40-million benchmark,” Hutchinson said in a telephone interview on Monday after the sales data was released. “The strong start is what we hoped for” but Hutchinson said the sales figure “is surprising to us.”

About a quarter of the state’s take will go toward community reinvestment partly to reverse some of the challenges from past drug policy, according to Hutchinson. Collections may also help chip away at Illinois’s US$6.2 billion of unpaid bills and US$137 billion of pension debt. Tax collections on legal pot are forecast to jump from US$34 million in 2020 to US$375.5 million in 2024, according to the Illinois Department of Revenue.

Revenue from the industry is hard to predict. First month sales aren’t necessarily indicators of the future, according to Alexandria Zhang, research officer for The Pew Charitable Trusts.

Illinois’s Pritzker will unveil his 2021 budget on Feb. 19 and the role marijuana tax collections will play remains to be seen. During his “State of the State” speech last week, he mentioned legalization as “a chance to collect tax revenue from the residents of Wisconsin, Missouri, Iowa and Indiana,” where recreational cannabis is illegal. He also highlighted the criminal justice reform that his administration also enacted, including 11,017 pardons for people with low-level cannabis convictions under the state’s new cannabis law.

The January data “support even the most bullish projections for recreational consumption in the state of Illinois,” Zuanic said.