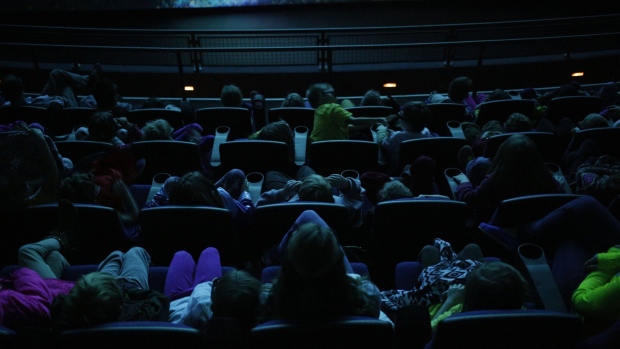 Imax Corp. is getting even bigger in China.

The operator of big-screen movie theaters will add 40 more locations in the country under an agreement with longtime partner CGV Holdings Ltd., its latest expansion in the world’s No. 2 movie market.

Most will feature Imax’s new laser-projection technology, and most will be located in major and midsize cities, the companies said. They didn’t disclose financial details, but Imax won’t have to make a capital commitment for screens planned in smaller markets.

Ticket sales at Imax’s 600-plus theaters in China are up 26 per cent this year. That’s despite a 5 per cent drop in total ticket sales in the country, according to Variety. The company credits its bigger screens, and mix of Hollywood blockbusters and local-language films, along with marketing efforts in recent years. So far, it hasn’t been hurt by President Donald Trump’s trade war with China.

“Contrary to the bearish view on China, we have been doing really well in China,” Imax Chief Executive Officer Rich Gelfond said in an interview.

China is expected to pass the U.S. and become the world’s largest movie market at some point. Total box-office sales in North America are down almost 9 per cent this year, while Imax’s are down 6 per cent in that market.

Richard Gelfond, CEO of IMAX, joins BNN Bloomberg to discuss what's next for the company, which is betting on growth in China and considering the alternative-content space.

Imax has had a 15-year partnership with South Korea’s CGV, but the latest agreement is their biggest yet. Last April, Imax reached a similar pact for 30 theaters with Guangzhou JinYi Media Corp., one China’s largest exhibitors. And in 2017, the company struck a 40-theater deal with Jiangsu Omnijoi Cinema Development Co., one of the fastest-growing cinema developers in China.

In all, Imax plans an additional 300 theaters in China, with CGV’s share of the company’s network there expected to increase to 15 per cent from 10 per cent. Together, the companies have a total of 170 screens in operation or on tap, including locations in South Korea and Vietnam, with Imax collecting a share of the revenue. The new theaters start opening next year.

Imax, based in Mississauga, Ontario, has been guiding investors to expect low, double-digit percentage growth in its network each year. It has over 1,500 screens in 82 countries, most through similar ventures. Gelfond suggested there are more China deals on the horizon.

“There is a reasonable amount of activity,” he said.