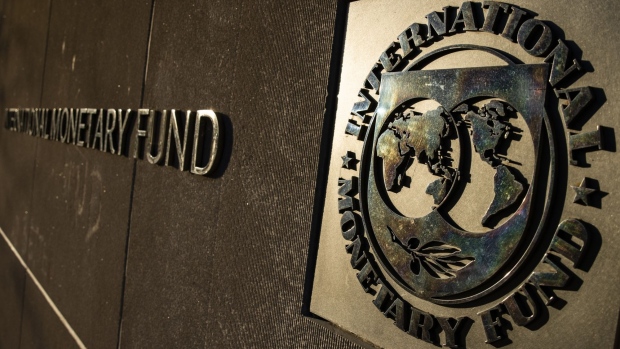 The International Monetary Fund (IMF) headquarters in Washington, D.C., U.S., on Saturday, April 3, 2021. The IMF next week will upgrade its forecast for global economic growth, driven by improved outlooks for the U.S. and China, while warning of high uncertainty and new virus strains that threaten to hold back the rebound. , Bloomberg

(Bloomberg) -- The International Monetary Fund and Barbados agreed to almost $300 million in loans to help the hurricane-battered Caribbean island, including the first credit of its kind under a new tool to help nations bolster their defenses against climate change.

The staff-level deal, which still needs to be approved by the crisis lender’s board, includes $183 million under the new Resilience and Sustainability Trust, or RST, the IMF said in a statement on Wednesday. It also incorporates $110 million in a traditional three-year extended fund facility.

“The combined RST and EFF program aims to strike a balance between enhancing resilience to climate change while also focusing on Barbados’ continued efforts to reduce public debt and facilitate capital expenditure to boost growth,” said Bert van Selm, who led an IMF team on a visit to Barbados over the past week.

The reforms Barbados needs to implement under the resilience trust would include adoption of measures to incentivize private-sector investments in climate resilient infrastructure and into renewable energy projects, Van Selm said. Changes will be closely coordinated with the World Bank and other international partners, he said.

Barbados has been hammered in recent years as the Covid-19 kept tourists at home, causing the economy in the eastern-most Caribbean nation to contract by double digits in 2020.

Barbados had been struggling for years amid competition from less pricey Caribbean tourism destinations, crumbling infrastructure and a currency pegged to the US dollar. After Prime Minister Mia Mottley took office in 2018, she opted to restructure the island’s ballooning debt, which had reached over 175% of gross domestic product, according to government calculations.

Mottley used her address at the United Nations last Thursday to ask leaders to embrace a more inclusive global financial architecture that better serves the majority of today’s UN member states. The IMF and World Bank “no longer serve the purpose in the 21st century that they served in the 20th century,” she said.

The IMF expects to make the trust operational at its annual meetings next month, and wants it to start with capital of about $45 billion, spokesman Gerry Rice said this month. Borrowing nations need to negotiate traditional IMF loans to go along with winning access to the trust.