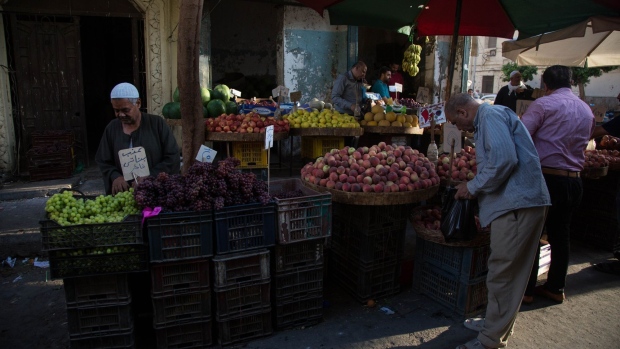 (Bloomberg) -- The International Monetary Fund’s executive board will hold a meeting on Egypt next week as the North African nation awaits final approval for a $3 billion loan deal.

The board’s calendar on the IMF website shows a Dec. 16 meeting scheduled on Egypt’s request for an extended arrangement under the so-called Extended Fund Facility.

Cairo and the Washington-based lender reached a staff-level agreement for the 46-month facility in late October. The financing is key to helping shore up Egypt’s economy as it grapples with the fall-out from Russia’s invasion of Ukraine.

One of the world’s largest wheat importers, Egypt has raced to secure financial backing from its Gulf Arab allies and sharply devalued its currency twice this year. The same day in October that Egypt announced the IMF deal, authorities said they were adopting a flexible exchange-rate for the pound, a policy analysts say has yet to be fully tested.

In a sign investors are betting on a further depreciation, 12-month non-deliverable forwards for the Egyptian pound slumped to 30 against the US dollar on Tuesday for the first time. In the spot market, the pound was steady at 24.6 per dollar.

“A combination of increased FX price volatility and liquidity injection is needed to clear the existing overhang,” EFG Hermes Research said Tuesday. That “will help regain the momentum in the FX market, clear the remaining existing backlogs and help accommodate new demand, once import controls are removed.”

A weaker currency is driving up prices for the nation of about 104 million people, with inflation data due this week expected to show the further impact of the pound’s plunge.

--With assistance from Netty Ismail and Mirette Magdy.

(Updates with new description of meeting on IMF’s website.)