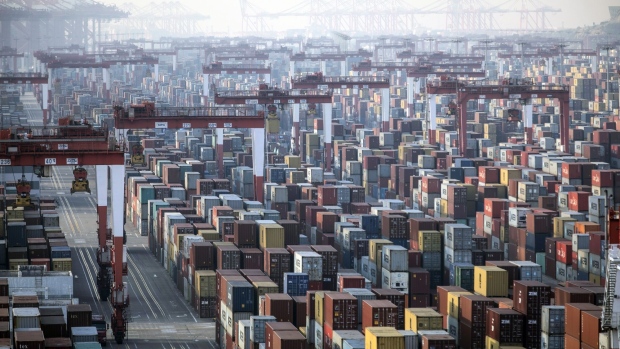 The International Monetary Fund raised its forecast for global growth this year, betting the rollout of coronavirus vaccines and more fiscal stimulus will offset the immediate challenge posed by the resurgent pandemic.

Global gross domestic product will soar 5.5 per cent this year, faster than the 5.2 per cent projected in October, the fund said Tuesday. It credited improvement in the U.S. for much of the upgrade, which was offset by cuts to its predictions for the euro area and U.K.

Such an expansion would match 2007 as the best in four decades of data and follow an upwardly revised 3.5 per cent contraction last year, which would still be the worst peacetime decline since the Great Depression. The IMF projected a 4.2 per cent global expansion for 2022.

“Much now depends on the outcome of this race between a mutating virus and vaccines to end the pandemic, and on the ability of policies to provide effective support until that happens,” IMF Chief Economist Gita Gopinath wrote in a blog post accompanying the World Economic Outlook.

The fund sees major central banks holding their policy-rate settings through 2022, with financial conditions remaining at current levels for advanced economies and improving for emerging-market and developing nations. 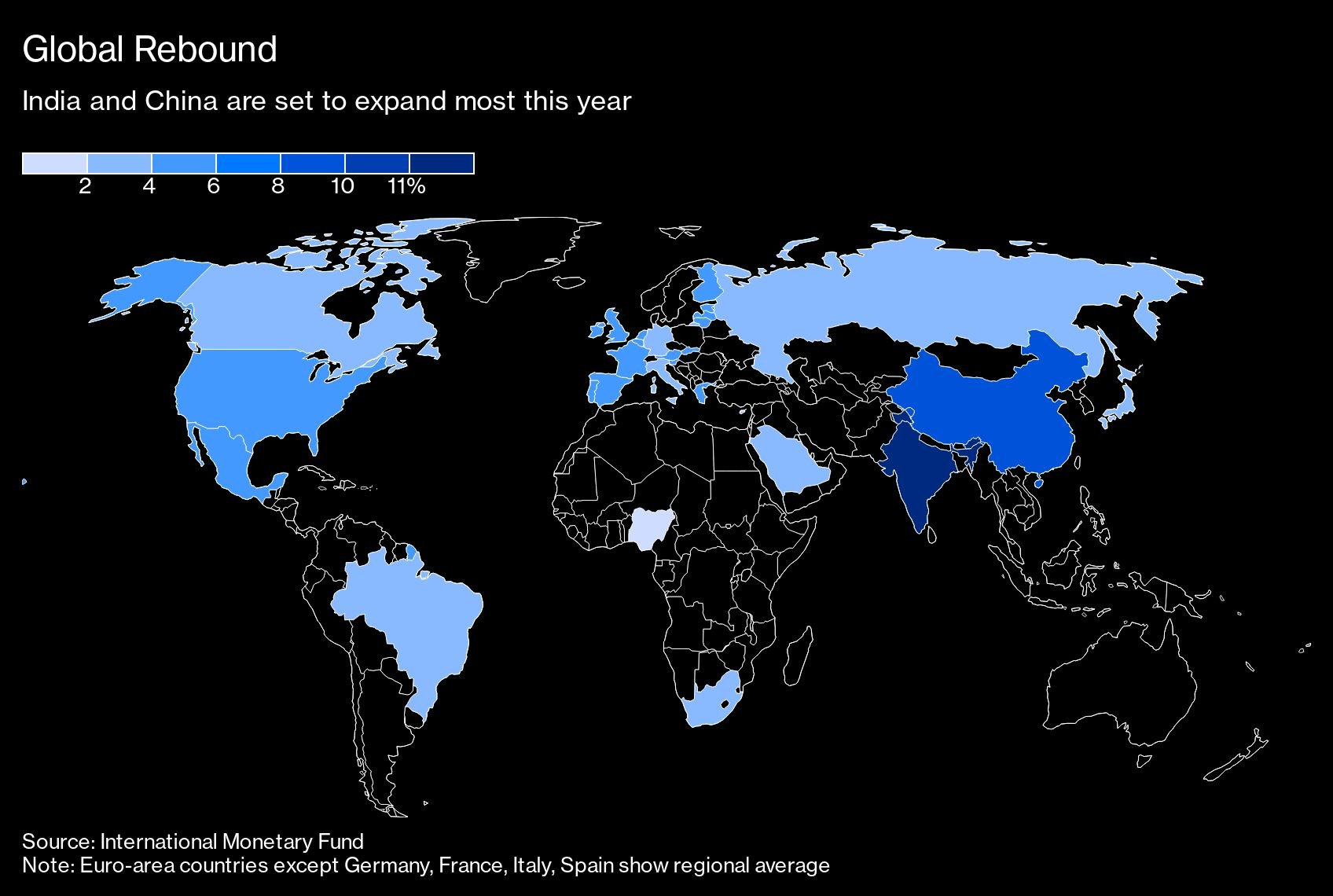 The U.S. saw one of the biggest upgrades after approving a US$900 billion relief plan. President Joe Biden is also seeking US$1.9 trillion in additional aid. The IMF forecasts the world’s largest economy may grow 5.1 per cent this year, versus 3.1 per cent in October.

Japan, which has announced its own stimulus of more than US$700 billion, also saw a significant upward revision. The fund now projects 2021 economic growth at 3.1 per cent compared with 2.3 per cent previously.

Those upbeat outlooks contrast with Europe, where a deluge of cases has spurred new restrictions. The euro-area growth forecast was cut by a full percentage point, to 4.2 per cent, on the expectation that the cooling at the end of last year will continue. The U.K. was cut by almost a point and a half to 4.5 per cent.

Overall, advanced economies will see output losses compared to pre-pandemic projections that are relatively smaller than elsewhere thanks to fiscal and monetary policy support and earlier, widespread access to vaccines.

The projections assume broad vaccine availability in advanced economies and some emerging markets this year and across most countries by the second half of next year. They also incorporate potential new lockdowns before inoculation is widespread, and that social distancing continues until the pandemic is tamed.

Still, forecasters face many unknowns. They include how restrictions to curb infection affect the economy before widespread inoculation, how vaccine rollout expectations and policy support influence activity, and changes in financial conditions and commodity prices.

For global trade, the IMF sees import and export volumes rising by 8.1 per cent this year, slightly less than the 8.3 per cent increase seen in October, after an estimated 9.6 per cent decline last year.

The IMF will follow the release of the economic forecasts this week with an updated Global Financial Stability Report on Wednesday and an update to its Fiscal Monitor on Thursday.