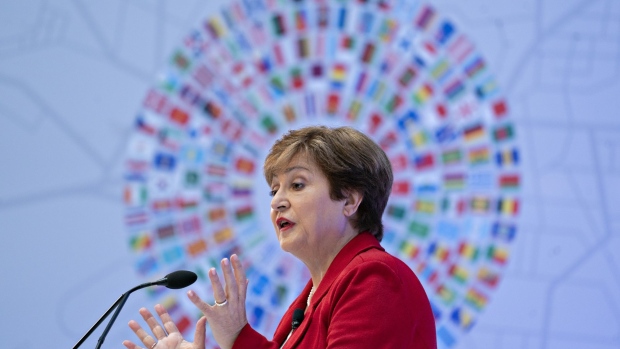 (Bloomberg) -- The head of the International Monetary Fund on Friday defended her time at the World Bank for the second time in as many days, telling fund staff at a town hall that she never pressured employees to manipulate data during her tenure at the World Bank.

IMF Managing Director Kristalina Georgieva said she asked staff to double-check or triple-check data, but never change its ultimate message, according to two attendees, who asked not to be named speaking about a closed-door session. The IMF’s press office declined to comment on Georgieva’s remarks, which were reported earlier by the New York Times.

Georgieva added that she cares strongly about data integrity and the ability of accurate data to bring about the best outcomes for IMF members and their citizens, the attendees said. She reiterated an initial statement from Thursday where she said that she disagrees “fundamentally” with the findings and interpretations of the investigation of data irregularities from her time as chief executive officer of the World Bank.

Georgieva in her previous job pressured staff to “make specific changes to China’s data points in an effort to increase its ranking at precisely the same time the country was expected to play a key role in the bank’s capital-increase campaign,” according to a report commissioned by the World Bank board that was released Thursday.

China’s position in the 2018 report, released in October 2017, should have been seven places lower -- at No. 85 rather than remaining at 78 -- the World Bank said in a review released in December.

The institution announced Thursday that it would abandon the periodic report, which ranked economies based on the ease and efficiency of conducting business operations and was often touted by governments when their country’s position moved up the list.