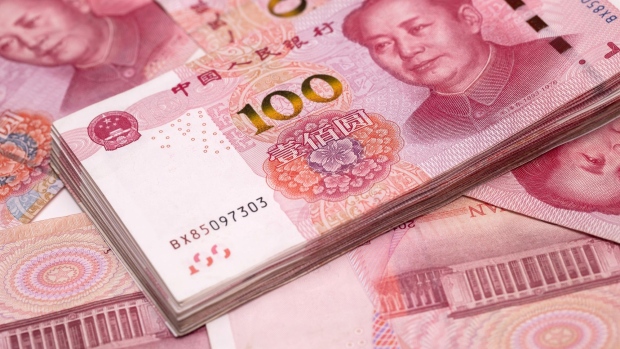 (Bloomberg) -- The International Monetary Fund lifted the yuan’s weighting in the Special Drawing Rights currency basket, according to the People’s Bank of China.

The IMF raised the yuan’s weighting to 12.28% from 10.92% in its first regular review of the SDR evaluation since the Chinese currency was included in the basket in 2016, the PBOC said in a statement Sunday. The weighting of the US dollar rose to 43.38% from 41.73%, while those of euro, Japanese yen and British pound declined.

The yuan’s weighting remains in third place in the SDR basket, according to the statement. The change will be effective from Aug. 1, and the next review will be in 2027, the PBOC said.

SDRs are an international reserve asset that can be converted into five currencies. The yuan’s entry into the SDR signaled it became one of the five global reserve currencies in 2016.