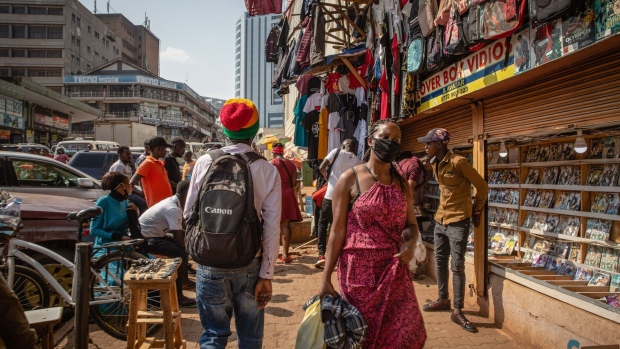 The International Monetary Fund’s discussions with South Africa over a $4.2 billion loan to support its fight against the coronavirus pandemic are taking place at a “measured pace” because the country’s deep and liquid capital markets ensure it still has access to financing, according to the director of the Washington-based lender’s Africa department.

“The key is not so much urgency in us providing financing but rather because we are able to provide much cheaper financing than would otherwise be the case,” Abebe Aemro Selassie told reporters Monday in a virtual press conference. Under the rapid financing instrument the country “would be able to access this financing at very low interest rates -- almost negligible interest rates -- relative to the higher cost of borrowing that South Africa faces,” he said.

The pandemic has forced the ruling African National Congress to end its long-held resistance to borrowing from the IMF and the National Treasury requested assistance to cover virus-related spending at the end of April. The $4.2 billion loan is the country’s maximum entitlement under its special drawing rights with the lender and would be payable over 3.25 to five years at an interest rate of just over 1%.

While there have been “protracted negotiations” with the lender, South Africa believes it has reached a common understanding and expects the IMF’s local staff to make a submission on the request to the executive board early next month, Finance Minister Tito Mboweni said last weak after presenting a special adjustment budget that accounts for the damage wrought by the virus.

Africa’s most-industrialized economy is counting on $7 billion from multilateral lenders and development finance institutions to support its response to the pandemic. The New Development Bank, which serves the BRICS nations, has approved a $1 billion facility and the country plans to ask the World Bank for up to $2 billion, according to Dondo Mogajane, the National Treasury’s director-general.