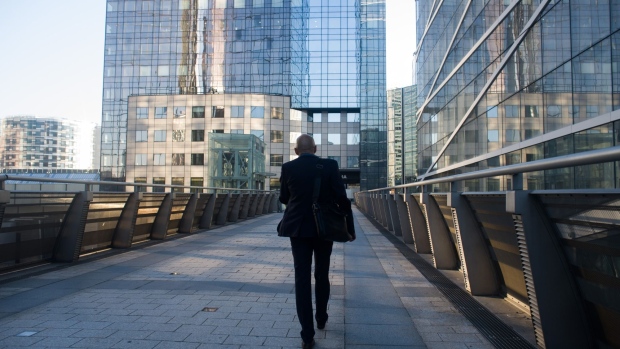 An office worker commuting to work in La Defense financial district of Paris, France, on Wednesday, Aug. 24, 2022. The French government has set aside tens of billions of euros to shield businesses and households as the cost of French power jumped to a fresh record. , Bloomberg

IMF economists led by John Bluedorn analyzed 22 scenarios in the past five decades where inflation and wages rose and the unemployment rate held low. None of the cases resulted in wage-price spirals, they found. In all instances, inflation eventually came down and nominal wages rose.

Currently, inflation pressures come from outside the labor market, falling real wages are helping reduce prices, and central banks are aggressively raising interest rates -- all of which lower risks, they wrote in a chapter of the IMF’s World Economic Outlook released Wednesday. The analysis assumes no more inflationary shocks or wage-setting events.

“These findings provide some reassurance that sustained wage-price spirals are rare,” Bluedorn wrote in an accompanying blog on the IMF’s website. “But that should not be cause for complacency by policymakers -- there are differences across episodes, with some showing worse outcomes.”

The economists noted that when workers expect future inflation to hold at the same level as the current price growth, they tend to demand higher wages, which could lead to unanchored expectations.

In that sense, recent tightening actions by many central banks to tame inflation will likely help to prevent high prices from becoming entrenched and from deviating from target for too long, they wrote.

At least 90 monetary authorities have raised interest rates this year, and half of them have increased by at least 75 basis points in one shot. That’s the broadest tightening in the 15 years following the 2008 financial crisis.