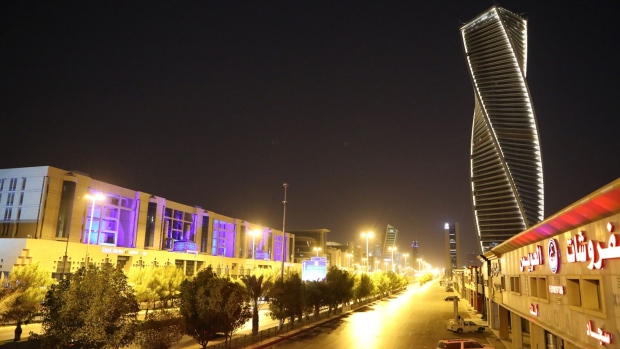 (Bloomberg) -- The International Monetary Fund expects Saudi Arabia’s economic recovery to gather speed over the next two years but recommended increasing spending to support low-income households that have struggled to adapt to austerity measures.

The fund expects the biggest Arab economy to grow 2.1% this year -- revised down from a recent projection of 2.9% -- gathering speed to reach 4.8% growth in 2022, according to a statement issued after its regular Article IV consultation with the kingdom. Non-oil growth, the engine of job creation, is projected at 3.9% this year and 3.6% next year.

The government’s efforts to rein in spending should be “carefully calibrated in the short-term to ensure the recovery continues to be well supported,” the IMF team said in its statement. “Spending on the social safety net should be increased to support low-income households and help offset the loss of purchasing power they experienced.”

Saudi Arabia’s oil-dependent economy shrunk 4.1% last year and unemployment soared to the highest level on record during a dual crisis caused by the pandemic and low oil prices. The government tripled value-added tax and cut back allowances for government workers. Finance Minister Mohammed Al-Jadaan said this week the kingdom plans to reduce the value-added tax after the economy rebounds, without specifying a time frame.