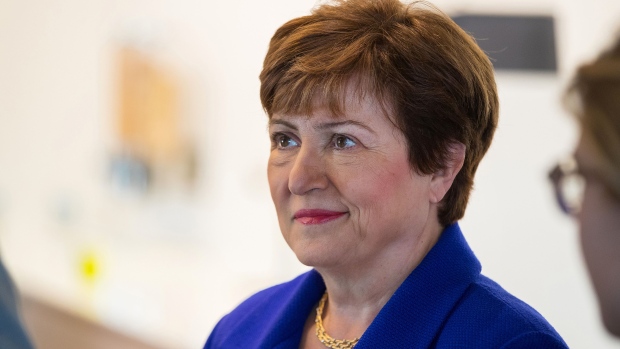 (Bloomberg) -- International Monetary Fund staff proposed a carbon-price floor to slow global warming over the next decade, saying that climate change presents huge risks to the functioning of the world’s economies.

In a paper released on Friday and still under discussion by the IMF executive board and members, fund staff proposed as one option different minimum carbon-price levels for countries based on their stage of development. The proposal parallels the debate on a minimum global corporate-tax rate.

Implementing a three-tier price floor among the U.S., China, the European Union, India, U.K. and Canada, with prices of $75, $50 and $25 a ton for advanced, high- and low-income emerging markets, respectively, could help cut global emissions 23% from baseline levels by 2030, the fund staff wrote. That would greatly enhance the effectiveness of the Paris Agreement goal of keeping temperature increase to below 2 degrees Celsius (35.6 Fahrenheit), the IMF staff said.

Focusing on a small number of large emitters “would make negotiations easier and could still cover a big percentage of global emissions, thereby taking a major step towards the cuts in greenhouse gases we need,” IMF Managing Director Kristalina Georgieva said in remarks prepared for a Brookings Institution event.

While a tax is one option for achieving the price floor, it could also work through regulation or emissions trading, Georgieva said. The revenues could be used to compensate households for price increases and helping businesses and workers move from activities with high- to low-carbon intensity, she said. The plan would also be more effective and less divisive than border-adjustment carbon taxes, which are levies on the carbon content of imports, she said.

The plan could spur a modest further reduction in emissions if scaled up to include the full Group of 20 largest economies, which will be responsible for 85% of projected global carbon-dioxide emissions in a decade, according to the report, the IMF staff said in the paper.

The global carbon price needs to increase to $75 a ton or more by 2030 in order to limit global warming to 1.5 to 2 degrees Celsius, according to the paper. Currently about four-fifths of global emissions remain unpriced, and the global average emissions price is $3 a ton, the IMF staff said.