The International Monetary Fund will make a “small upward revision” to its 2020 global growth forecast next week, while warning that the rebound from the recession will be long and bumpy.

The IMF estimates that the second and third quarters were “somewhat better” than expected in June, when it forecast gross domestic product would shrink 4.9 per cent this year, Managing Director Kristalina Georgieva said in the text of a speech prepared for delivery Tuesday.

The fund is scheduled to release its updated forecast next week during the IMF and World Bank annual meetings, which will be held virtually due to the global pandemic. The Group of Seven industrialized economies also have called on the larger Group of 20 to extend a freeze in debt payments from the world’s poorest nations struggling with COVID-19.

“We expect global output to remain well below our pre-pandemic projections over the medium term,” she said. “For almost all countries, this will be a setback to the improvement of living standards.”

The IMF has four policy priorities for countries: safeguarding people’s health and stepping up essential measures; avoiding premature withdrawal of policy support; flexible and forward-leaning fiscal policy to help speed up recovery; and dealing with debt, particularly in low-income nations.

The fund has been encouraging governments to spend whatever they need to confront the crisis, even while warning that debt as a percentage of GDP will rise to about 100 per cent for the first time ever this year. New IMF research shows that increasing public investment by just 1 per cent of GDP in advanced and emerging economies can create as many as 33 million new jobs, Georgieva said. 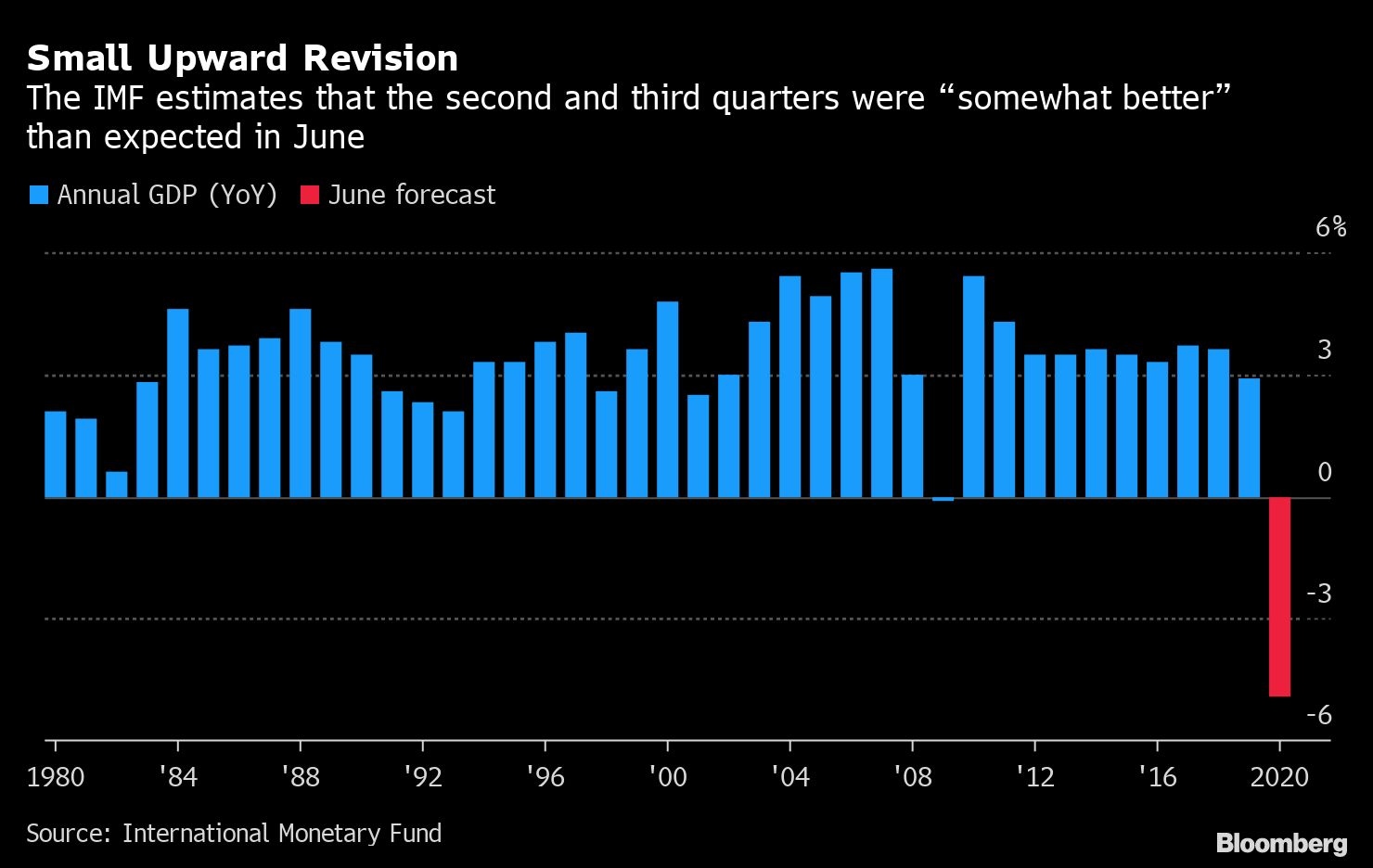