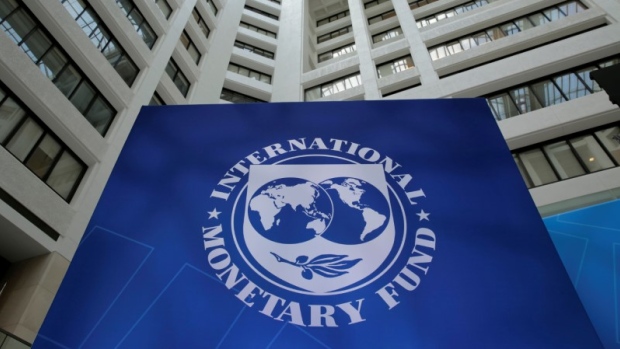 OTTAWA -- The International Monetary Fund said on Thursday that while Canada's economy has regained momentum, housing imbalances have increased and uncertainty surrounding trade negotiations with the United States could hurt the recovery.

The report, written before the Bank of Canada raised interest rates by a quarter of a percentage point on Wednesday to 0.75 per cent, also said the central bank's current monetary policy stance is appropriate, and it cautioned against tightening.

"While the output gap has started to close, monetary policy should stay accommodative until signs of durable growth and higher inflation emerge," it said, adding that rate hikes should be "approached cautiously."

In a statement following its annual policy review with Canada, the IMF cautioned that risks to Canada's outlook are significant — particularly the danger of a sharp correction in the housing market, a further decline in oil prices, or U.S. protectionism.

It said financial stability risks could emerge if the housing correction is accompanied by a recession, but said stress tests have shown Canadian banks could withstand a "significant loss" on their uninsured residential mortgage portfolio, in part because of high capital position.

House prices in Toronto and Vancouver have more than doubled since 2009 and the boom has fuelled record household debt, a vulnerability that has also been noted by the Bank of Canada. Some economists believe the rate hike this week was at least partly aimed at reducing financial system imbalances.

"The main risk on the domestic side is a sharp correction in the housing market that impairs bank balance sheets, triggers negative feedback loops in the economy, and increases contingent claims on the government," the Fund said, reiterating previous warnings about Canada's long housing boom.

The Fund also warned U.S. trade protectionism could hurt Canada's economy, and laid out a scenario for an increase in tariffs that could come with the renegotiation of the North American Free Trade Agreement.

It said if the United States raises the average tariff on imports from Canada by 2.1 percentage points and there is no retaliation from Canada, there would be a short-term negative impact on real GDP of about 0.4 per cent.

The Fund recommended that fiscal policy continue to take the lead in supporting the recovery, but said no further stimulus will be required as the economy regains strength — unless downside risks materialize.