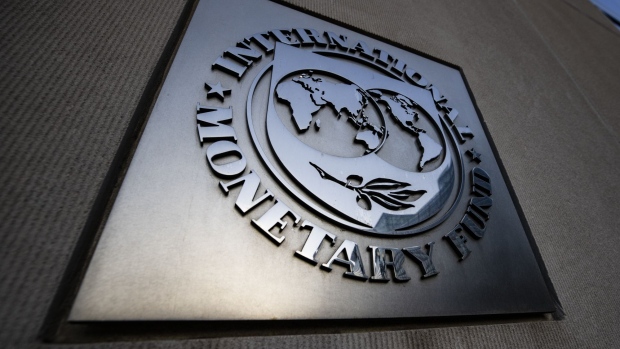 The International Monetary Fund (IMF) headquarters in Washington, D.C., U.S., on Saturday, April 3, 2021. The IMF next week will upgrade its forecast for global economic growth, driven by improved outlooks for the U.S. and China, while warning of high uncertainty and new virus strains that threaten to hold back the rebound. Photographer: Samuel Corum/Bloomberg , Bloomberg

The International Monetary Fund called on nations to agree on global rules for corporate-income taxation to avoid an eventual scenario where conflicts between countries make all of them worse off.

A multilateral agreement on taxes, like the solutions proposed by the U.S., is the sole way to ensure that highly profitable multinational firms pay sufficient tax in the places where they do business, including low-income countries, IMF Managing Director Kristalina Georgieva said on Tuesday.

The crises of Covid-19 and climate change present the world with an opportunity to rethink and fix the international tax system, Georgieva said in remarks prepared for a virtual book launch. The IMF supports the Inclusive Framework on Base Erosion and Profit Shifting at the Organization for Economic Cooperation and Development as a way to avoid tax conflicts, Georgieva said.

“We are particularly optimistic for a global agreement on corporate income taxation in 2021,” Georgieva said. “And it is urgently needed to avoid, down the road, the risk of spiraling into a chaotic tax or trade war where everyone loses.”

President Joe Biden’s plan to push for a 21% minimum levy for U.S. companies’ foreign income could pressure many countries to raise their current rate. It has given fresh impetus to a years-long effort led by the OECD to counter corporate strategies to avoid paying tax by taking advantage of disparities between nations. Representatives leading the negotiations said last month they can see an agreement by mid-summer.