Immigration into Canada fell by almost half last year, hitting its lowest level in more than two decades as the COVID-19 pandemic disrupted travel across borders.
Final government data released Thursday show Canada added 184,370 permanent residents in 2020, down from 341,175 a year earlier. That appears to be the lowest intake since the late 1990s, according to Statistics Canada data. It’s also well short of the 341,000 newcomers Prime Minister Justin Trudeau’s government had targeted in 2020.

It’s a sharp reversal for a country that has relied on rapid immigration growth to drive its economy in recent years. A steep decline in flows could have implications for everything from the housing market to demand for services in urban centers.

“The pandemic has left a significant mark on what was -- going into this year -- one of Canada’s engines of growth,” Andrew Agopsowicz, an economist at Royal Bank of Canada, said by email.

The numbers aren’t a surprise, though, given borders have been closed to non-essential travel since March. Data for December also showed permanent residents were down by about 50 per cent from a year earlier, suggesting the weak trend persists.

Immigration Minister Marco Mendicino in October announced he’ll try to make up the losses in 2020 by ramping up targets over the next three years, in part by converting more temporary residents like foreign workers and international students to permanent residency. The goal is to attract 401,000 new permanent residents in 2021. 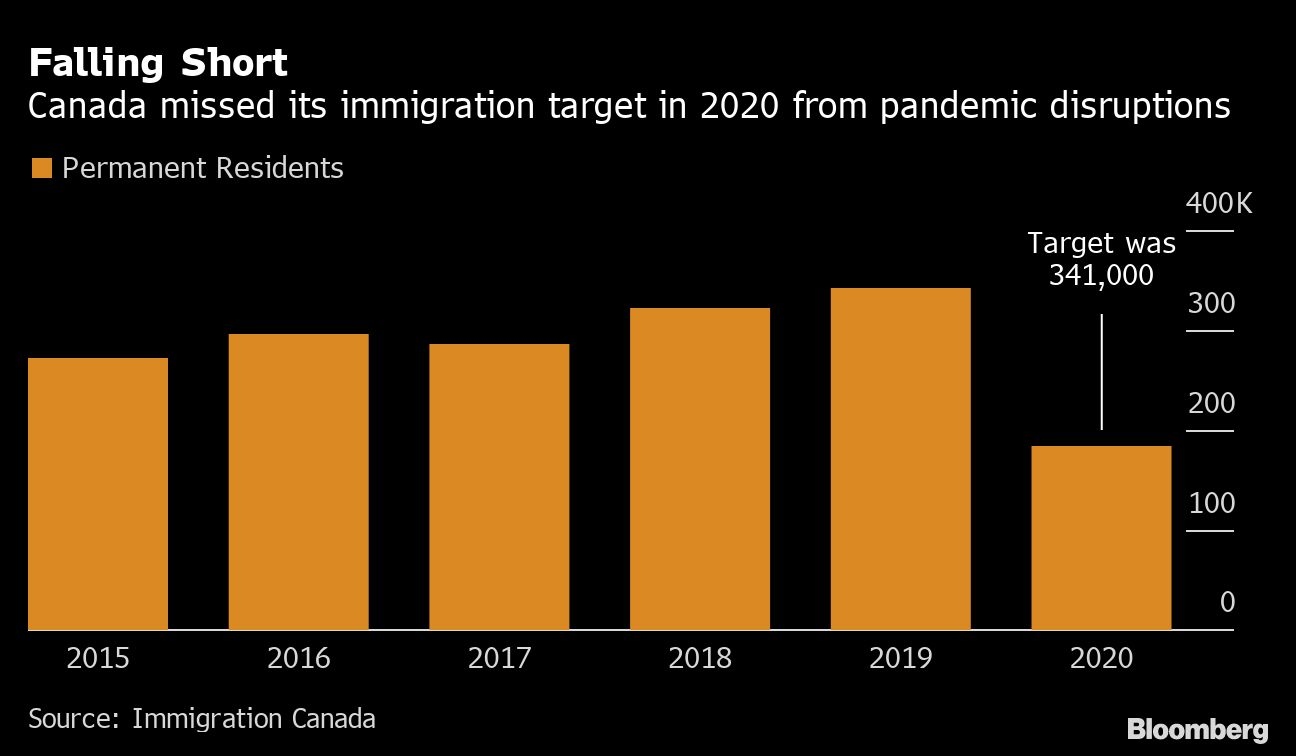 Study permits have been showing a similar trend to immigration. At the end of last year, there were 530,540 student permit holders in Canada, down from 638,960 at the end of 2019.