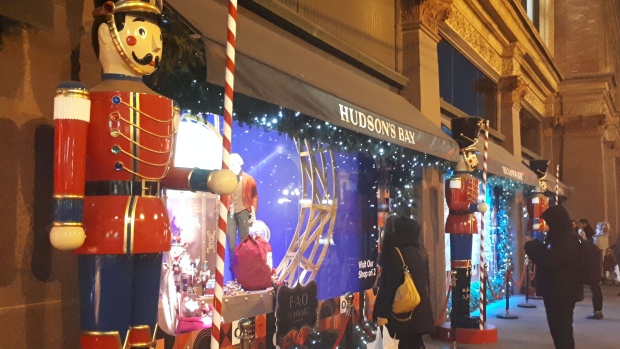 Posing with giant stuffed animals and floor pianos, many Canadians have been flocking to FAO Schwarz’s pop-up stores across the country, snapping photos with the iconic U.S. retailer’s signature toys for social media.

But while FAO’s Canadian foray may have made a splash on Instagram, the question remains on whether the company is converting social media likes into sales in a tough toy retail environment still reeling from the U.S. demise of Toys 'R' Us earlier this year.

FAO made its Canadian debut ahead of the holidays, partnering with Hudson’s Bay Co. to open small pop-up spaces inside 89 of its stores across the country. The move, along with a franchising deal in China and partnerships to set up holiday pop-ups in Europe and Australia, is part of FAO’s comeback strategy after the company closed its beloved Fifth Avenue store in New York three years ago, when the brand was owned by Toys ‘R’ Us.

The company’s decision to enter Canada with small pop-ups may be a way to sound out the country’s market while avoiding the risks associated with larger stores according to Jennifer Marley, partner at marketing consulting firm Sklar Wilton and Associates.

“They're trying to test the waters [with the pop-ups],” Marley said in a phone interview with BNN Bloomberg. “Building a big-box experiential store is expensive.”

David Conn, CEO of ThreeSixty Group, which acquired FAO in 2017, told BNN Bloomberg that the pop-ups will stay in Canada beyond the holiday season.

“We believe FAO Schwarz can be a global kids’ lifestyle brand,” Conn said in a phone interview. “Canada was a natural market to be one of the first for us to expand into.”

FAO's pop-up foray into Canada also comes as the New York-based retailer opened a new flagship at Rockefeller Plaza in Manhattan, which drew lots of attention after its opening just before U.S. Thanksgiving in November. The new store echoes its predecessor when it comes to interactive in-store experiences, featuring magic shows, a 27-foot tall rocket ship, a baby-doll nursery and a remote-control car raceway. FAO’s signature floor piano, which Tom Hanks famously danced on in the 1988 movie Big, has also returned.

“For us, the timing really couldn't have been better,” Conn said. “What retailers are interested in today is experience and FAO stood for experience for over 150 years.”

But in Canada it’s still too early to tell whether FAO will be able to attract the same buzz generated in New York, according to Marley. She said that FAO is unlikely to be consumers' first choice for toys amid competition from players like Walmart Inc. and Mastermind Toys, and that the company needs to make their storefronts immersive and exciting enough to catch shoppers’ attentions. The small spaces, ranging from 27 to 111 square metres, may also pose a challenge, Marley said.

“It’s a difficult challenge for a pop-up to do because they're so small: Will they really have a room to have that whole adopt-a-baby process or huge Transformers display?” Marley said, referring to some of the experiences seen at FAO's full-sized U.S. stores.

Marley added that the brand’s “fantasy-land magic” approach to retail experiences may help them gain customers in Canada, but ultimately it isn't enough to sway tech-savvy children and parents seeking deals and convenience from online shopping.

“Today, it’s hard to make the kids go, 'Wow.' In the old days, you used to go into the store and it was an experience, then you’d figure out what the kid wanted, and you'd come back later and purchase it,” Marley said.

“But now the kids are online. There’s so much toy discovery that's happening on YouTube … that kids might already know what they want. The parent doesn’t want to disappoint on holiday time and it's easier to go online.